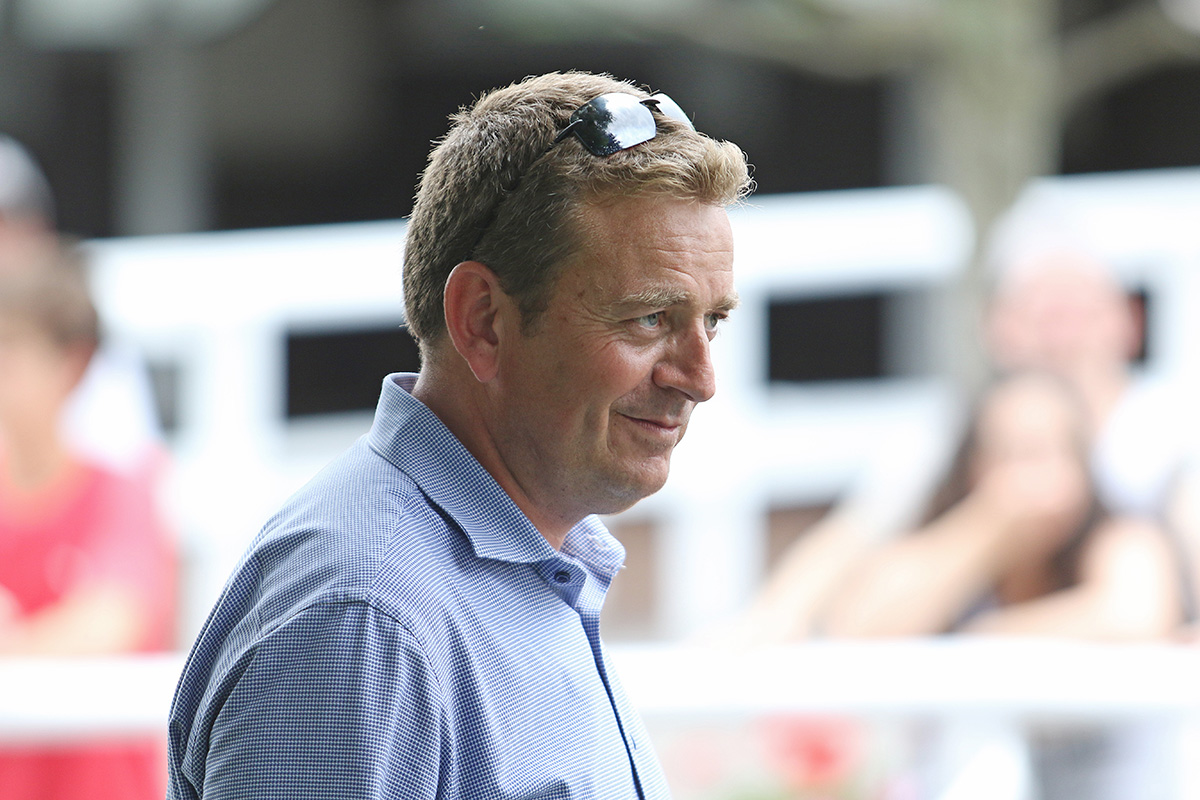 Trainer Arnaud Delacour thought he landed on a perfectly reasonable spot in Sunday’s Oceanport Stakes at Monmouth Park in his latest effort to get his talented turf runner Eons jumpstarted on his 4-year-old campaign.

Then he saw the field for the $100,000 mile and a sixteenth grass race that headlines the 12-race card.

“It’s not a graded stakes race but it should be with this field,” said Delacour. “It’s probably a tougher race than most of the trainers in here expected it to be.”

The listed field of 11 (not counting main track only possibility Croatian) offers the following credentials: Four graded stakes winners (Synchrony, Hawkish, Eons and a Thread of Blue), an ultra-consistent Chad Brown-trained runner (Sacred Life) and a millionaire (A Thread of Blue).

“I’m optimistic, even knowing that he might not win this race,” Delacour said of Eons. “But if he can be within a couple of lengths with these kind of horses I think it would be encouraging.”

On paper, Eons would seem to fit with the group, having won 4-of-8 career starts, including the Grade 3 Kent Stakes at Delaware Park a little over a year ago, while being 3-of-4 at the Oceanport Stakes distance.

After being fitted with blinkers last year in his third career start, Eons won at a mile and sixteenth on the grass at Keeneland to launch a four-race winning streak that included grass victories at Pimlico and Delaware before an uncharacteristically poor showing at Saratoga to end his 3-year-old campaign.

“The Kent may have been his best race but I also thought he was impressive when he won at Keeneland and then at Pimlico,” said Delacour. “I actually liked his Pimlico race because that is where he really figured everything out and he came up with big run at the end. He was opening up.

“Really the game-changer for him has been the blinkers. We added blinkers for the Keeneland race and he has been very good ever since. He tailed off a little the end of the year and in that last race he came back a little sore and jammed up so we gave him some time.”

But Delacour wasn’t able to find a race this year for the son of Giant’s Causeway-Golden Antigua by Hansel until the Grade 3 Poker at Belmont Park on July 4. Eons, a $300,000 yearling purchase, finished seventh that race but was beaten just 4¼ lengths.

“One thing led to another with the COVID-19 situation so we could not get him back until July. He was ready to run in March but we had to wait,” Delacour said. “The Poker wasn’t exactly what I wanted to do but it was the best available option.

“But he didn’t get beat that far and got something out of it. So I think it was positive.”

Hector Diaz, Jr. has the mount aboard Eons, who is owned by Mark B. Grier.