Cox Has Warrior’s Charge Pointed to Saturday’s Grade 3 Iselin Stakes With An Eye Toward Breeders’ Cup Mile On Nov. 7 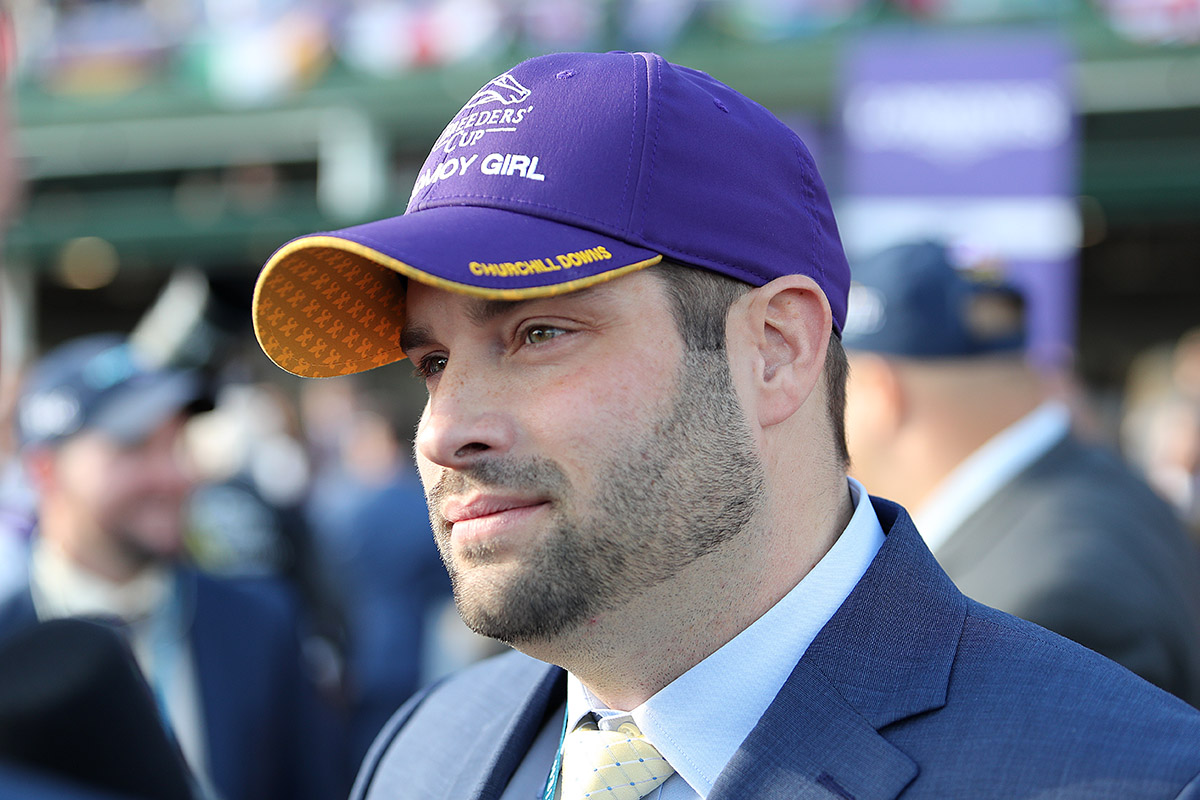 Trainer Brad Cox is doing his best to focus solely on Saturday’s $200,000 Grade 3 Philip H. Iselin Stakes at Monmouth Park for Warrior’s Charge, but it’s not always easy when the ultimate goal – the Breeders’ Cup Mile – is this close.

Warrior’s Charge, fourth in the Grade 1 Met Mile in his last start and a close-up fourth in the Preakness a year ago, heads a compact field of six for the 85th edition of the Iselin, the feature on a 14-race card.

“Our goal, our dream I guess you could call it, is the Breeders’ Cup Mile (Nov. 7 at Keeneland),” said Cox. “I don’t know if this would be his last race for that. We probably have some options.

“But I’m a one race at a time guy. I want to get through Saturday before we pick out our next couple of races. The goal is definitely to get this horse to the Breeders’ Cup Mile and I feel like Monmouth Park’s course, the way it plays, the mile and a sixteenth around two turns, would be something he will like. So we’ll see.”

A 4-year-old Florida-bred son of Munnings-Battling Brook by Broken Vow, Warrior’s Charge launched his 2020 campaign with a win in the Grade 3 Razorback at Oaklawn on Feb. 17. He followed that by finishing second in the Grade 2 Oaklawn Handicap before being beaten just two lengths in the Met Mile at Belmont Park on July 4 in his last start.

“I thought he ran huge,” Cox said of the Met Mile. “I thought it was a big effort. He ran against some Grade 1 horses and he showed he can compete. I was very pleased with the effort and he bounced out of it in good shape.

“He has definitely matured. I think he has shown in his races this year that he has stepped up and run big against some of the best horses in the country.”

The speedy Warrior’s Charge looks the most likely candidate on paper to control the pace with his front-running style, though the Grant Forster-trained Pirate’s Punch is also a speedy type.

“Obviously we have a great jock for Monmouth Park in Paco Lopez,” said Cox. “So I feel comfortable with the set up. If all goes well and he gets a good, clean trip he will definitely be a factor.

“Bal Harbour is obviously a nice horse. Pirate’s Punch is a nice horse as well. It’s not a big field but it’s a very competitive race. It’s a group of horses that are very well matched.”

Bal Harbour, who has competed in graded stakes company his last eight starts, is trained by Gregg Sacco, who also supplemented multiple Grade 1 winner Mind Control to the race. Sacco said a decision on whether Mind Control will go in the Iselin Stakes will be made on Friday. The 4-year-old colt has tried two turns just once in his 14-race career, finishing seventh in the Breeders’ Cup Juvenile in 2018.

“He’s ready if that’s the direction the owners want to go,” Sacco said.

Warrior’s Charge, owned by Ten Strike Racing and Madaket Stables, will ship to Monmouth Park from Churchill Downs on Friday morning, Cox said, with the trainer’s 21-year-old son Bryson handling the horse when he arrives in New Jersey.