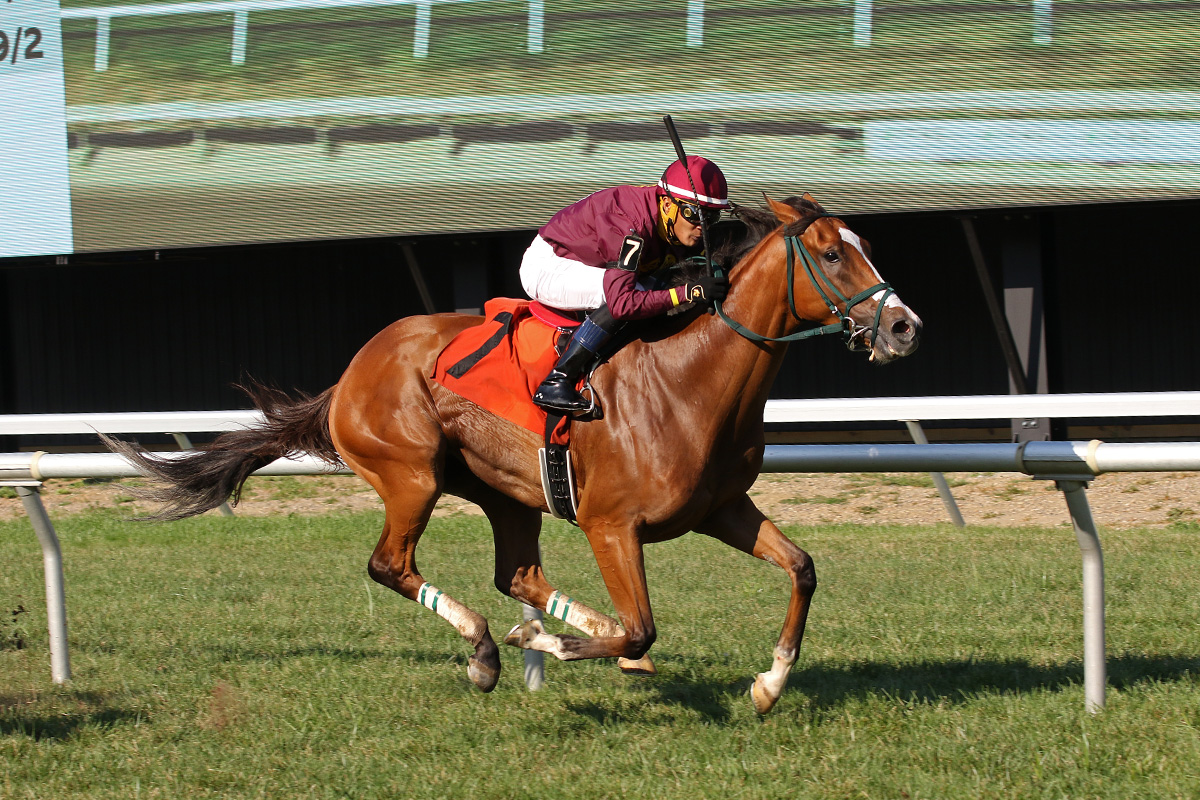 Comedic Timing found an opening along the rail coming out of the final turn and then prevailed in a stretch duel with Cash Now before going on to a 1½-length victory in Monday’s featured $57,500 allowance at Monmouth Park.

The winner was the third on the eight-race card for jockey Angel A. Rodriguez, who only trails Paco Lopez in the Monmouth Park rider standings.

Trained by Pompeyo Gomez, Comedic Timing covered the mile over a firm turf course in 1:34.76 in earning his second career win from 11 starts. Favorite Artie’s Angel was another 1½ lengths back in third.

The Mid-Atlantic Pick 4 sequence started with Beau Brown ($10.40) in Monmouth Park’s fifth race and was followed by Witty Banter ($22.00) in Colonial’s seventh race, Comedic Timing ($17.20) in Monmouth Park’s seventh race and By the Sey Shore ($11.40) in the eighth race from Colonial Downs. By the Sey Shore finished second but was place first because of interference by Vocalize, who crossed the finish line first.