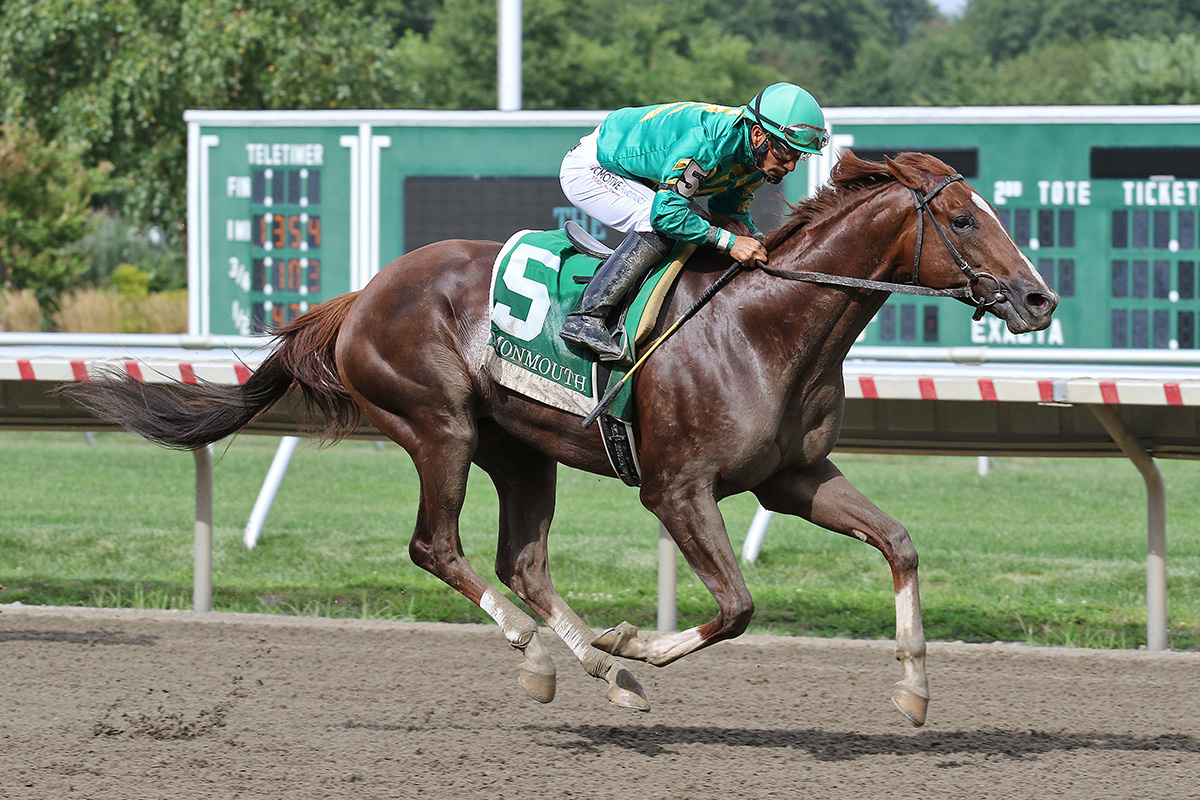 Whatever plans trainer Shug McGaughey settles on going forward with Code of Honor he now has the perfect set-up race behind him to work off.

Code of Honor, the 2019 Kentucky Derby runner-up and Travers Stakes winner, easily shook off the cobwebs from a seven-month layoff, rolling to a 2½-length victory in Saturday’s Grade 3, $250,000 Philip H. Iselin Stakes at Monmouth Park.

Ridden by Paco Lopez, the multiple Grade 1 winner simply outclassed his six rivals despite being idle since a fifth-place finish in the Grade 1 Pegasus World Cup on Jan. 23 at Gulfstream Park.

“I thought he ran good. I was pleased, very pleased,” said McGaughey. “Paco Lopez let him break and run away from there. He knows that racetrack and he had him laying up a little closer than he usually is and made his move kind of early on to try to go on and get the thing over with. He rode a really nice race on him.”

Lopez, well on his way to an eighth Monmouth Park riding title, was able to get the 5-year-old Kentucky-bred son of Noble Mission into a spot along the rail off of early frontrunners I’m a G Six, West Will Power and Brice. Following an opening quarter in :24.42, with the half going in :47.59, Lopez slipped Code of Honor outside to give him clear run.

He took off after the leaders through six furlongs reached in 1:10.77 and was rolling three-wide coming out of the turn, drawing off with ease. West Will Power finished second, a neck ahead of Phat Man.

“He broke really sharp,” said Lopez. “I didn’t have to use him to get early position. He was very comfortable. Sometimes with horses off a layoff they want to go, so I actually had to take a little hold of him early. I let him settle into a good spot, then I was able to slip outside in the middle of the backstretch.

“Once he was clear and on the outside I felt good. He’s a very nice horse. He was strong. You could not tell he was off as long as he was. He was very comfortable the whole time. I was waiting a little bit in the stretch for the Phat Man to make a run at us but my horse was just too good.”

The victory improved Code of Honor’s overall line to 7-4-2 from 17 career starts and boosted his career earnings to $2,881,320. Six of those victories have come in graded stakes company.

“This is the first time he has run in a long time,” said McGaughey. “With my training I don’t try to overdo it. I think he could have been drifting out a little at the end. Maybe he was getting a little tired, I don’t know. But we got it in him and we got a win and hopefully we can go on to some other things down the road.

“We’ll see how he comes out of it but I think it sets us up pretty good. I’d like to think about a race at Belmont the first part of October. This will take a little bit out of him, shipping (from Saratoga) and running and now you’ve got to ship back. It’s not 50 degrees. It’s hot. I’ll be glad to get him back up to Saratoga and watch him for a few days. We’ll take it easy with him and go from there.”