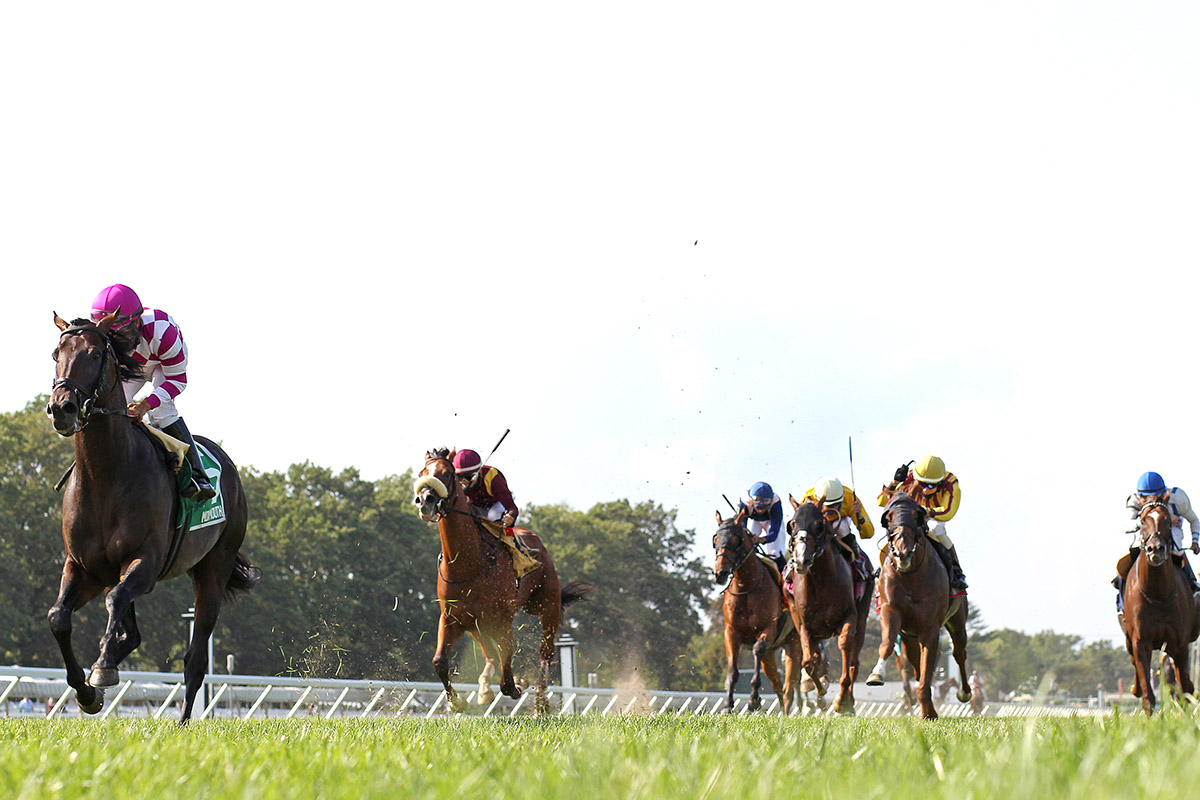 In a field that featured four graded stakes winners and a millionaire, Sacred Life – who is neither yet – proved he belongs in that company.

The Chad Brown-trainee stormed home with a rousing stretch run under Paco Lopez and easily drew off to a four-length victory in Sunday’s $100,000 Oceanport Stakes at Monmouth Park.

Idle since a fourth-place finish in the Grade 1 Pegasus World Cup Turf Invitational on Jan. 25 at Gulfstream Park, Sacred Life showed no ill effects from the layoff, easily besting eight rivals in the 73rd edition of the mile and a sixteenth grass race for 3-year-olds-and up.

“I wasn’t worried about that (the layoff),” said Luis Cabrera, who oversees Brown’s string at Monmouth Park. “He’s a very classy horse. He knows what to do and he knows where the wire is. He beat a good field. This was a tough race. But this is a good horse, a very classy horse.”

Bred in France, the 5-year-old son of Siyouni-Knyazhna by Montjeu came to Brown from Europe a year ago. In five starts in the United States, he has twice raced against Grade 2 competition and once in a Grade 1.

The Oceanport field consisted of graded stakes winners Synchrony, Hawkish, Eons and Thread of Blue, with the latter having banked more than $1 million in his career.

Hawkish rallied for second, with early pace setter Irish Strait finishing a nose back in third. Time for the mile and a sixteenth over a turf course listed as “good” was 1:42.13.

Lopez, injured in a spill on Saturday’s card that saw the track’s leading rider transported to the hospital, sat patiently in mid-pack with Sacred Life before getting a clear run in the stretch, with track announcer Frank Mirahmadi saying it appeared the horse was “shot out of a cannon” with his eye-catching late move.

At the quarter pole Sacred Life, the 6-5 second choice, was fifth by 3½ lengths.

Lopez said it was just a matter of staying clear and letting the horse do what he does, especially since he was still hurting from his mishap.

“I’m a little sore. My elbow is a little bruised,” said Lopez, who won four races on the card. “I’m very lucky that I am able to come back quickly and then to ride a nice horse like this in a stakes race. He was ready today. I know he’s a classy horse. I just wanted to get some position in the first turn, let him settle and wait. I took him outside because the turf is a little harder there than it is inside.

“I was waiting for (Synchrony, the 11-10 favorite in the betting) but he never showed up, so I just wanted to get my horse clear. I held him as long as could but he really wanted to go. He showed how much he wanted to run with the way he closed.”

The victory was his sixth in 15 career starts. He also has six seconds.