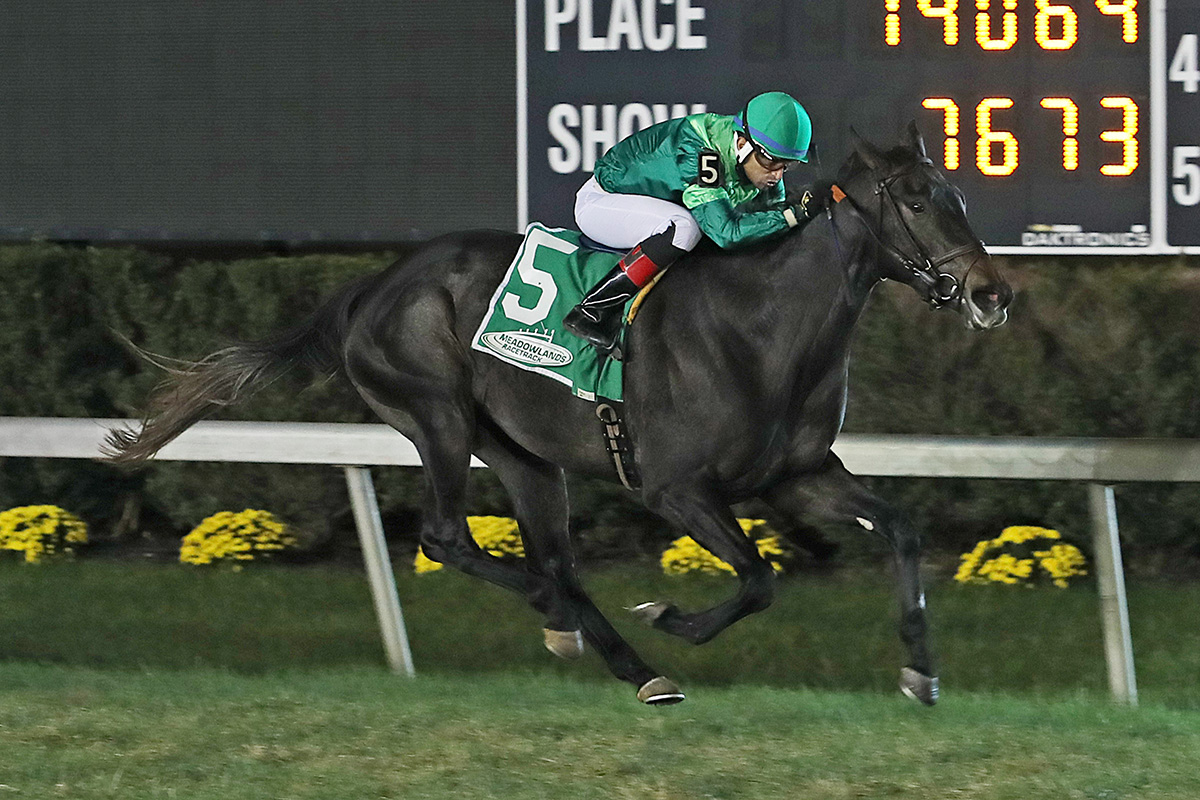 EAST RUTHERFORD, N.J. – Bleecker Street, who won at first asking at Monmouth Park on Aug. 21, followed that up with another win off a nine-week layoff, shooting the rail coming out of the turn and going on to a 1½-length victory in Saturday’s featured $45,000 allowance during the Monmouth-at-Meadowlands meet.

Trained by Chad Brown and ridden by Hector Diaz, Jr., the 3-year-old Kentucky-bred daughter of Quality Road, a $400,000 yearling purchase, was rated patiently in fifth during the opening half of the one-mile race over a firm turf course.

Diaz found an opening on the rail coming out of the final turn as pace-setter Moon Chant tired and began drifting out. The winning time was 1:35.91.

Bleecker Street, owned by Peter M. Brant, then sustained her momentum through the stretch, easily holding off the late run of Empires First Lady. It was a nose back to Speed Salsa in third.

The final racing card of the seven-day Monmouth-at-Meadowlands meet will be Saturday, Oct. 30. First race post time is 7 p.m.