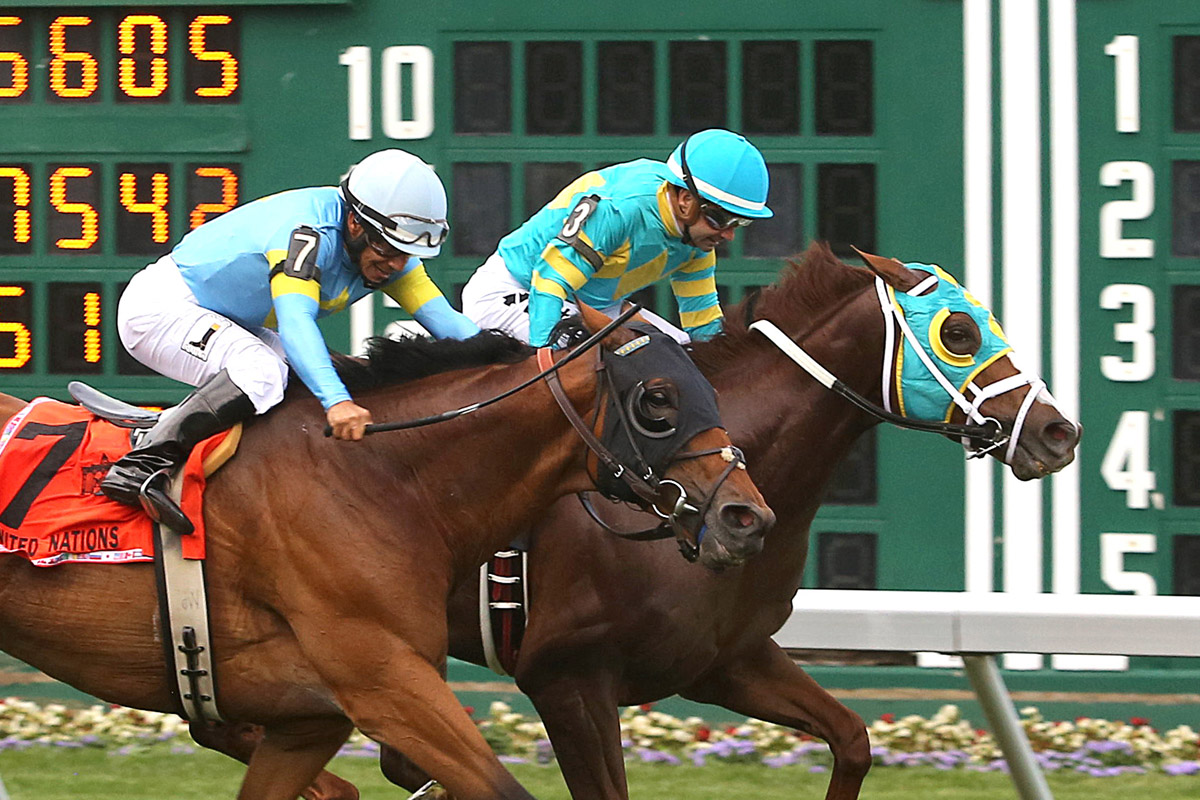 Trainers Chad Brown and Michael Maker, who have accounted for the last two winners of the Grade 1 United Nations Stakes at Monmouth Park, have each entered a pair of runners for Saturday’s 66th edition of the Grade 1 grass race.

The United Nations, for 3-year-olds-and-up at a mile and three-eighths on the turf, headlines a Saturday card that includes the Grade 3 Philip G. Iselin Stakes, the Grade 3 Eatontown Stakes and the Lady’s Secret Stakes.

Brown, who has won the Eclipse Award as the sport’s top trainer the past three years, scored an upset with 23-1 shot Funtastic in last year’s United Nations as part of a 1-2 finish for his barn (with Money Multiplier finishing second). Maker’s Bigger Picture, who won the United Nations Stakes in 2017, finished third last year.

Brown will try for his fourth United Nations victory overall – he won the race with Big Blue Kitten in 2013 and 2015 – with Arrocha and Focus Group.

Maker has Bigger Picture in the United Nations for the fourth straight year, with the hard-hitting 8-year-old gelding joined by stablemate Zulu Alpha this time around.

Arrocha, a 5-year-old, had raced exclusively in Brazil before coming into Brown’s care this year. A multiple Group 1 winner in South America, Arrocha made his U.S. debut on May 4 at Belmont Park, finishing eighth in the Grade 3 Fort Marcy.

Focus Group, who won the Grade 2 Pan American at Gulfstream Park on March 30, comes in off a sixth-place finish in the Grade 1 Man ‘O War Stakes at Belmont Park on May 11.

Bigger Picture, who won the United Nations two years ago largely as the result of a rail-skimming ride by Joe Bravo, has earned in excess of $1.6 million in his career. He captured the Grade 2 Elkhorn Stakes at Keeneland on April 20 for his 12th career victory from 35 lifetime turf starts.

Zulu Alpha, a multiple graded stakes winner, was seventh in the Grade 1 Man ‘O War in his last start.

Monarchs Glen was fourth in the Grade 2 Monmouth Stakes on May 25 at Monmouth Park in his most recent start.