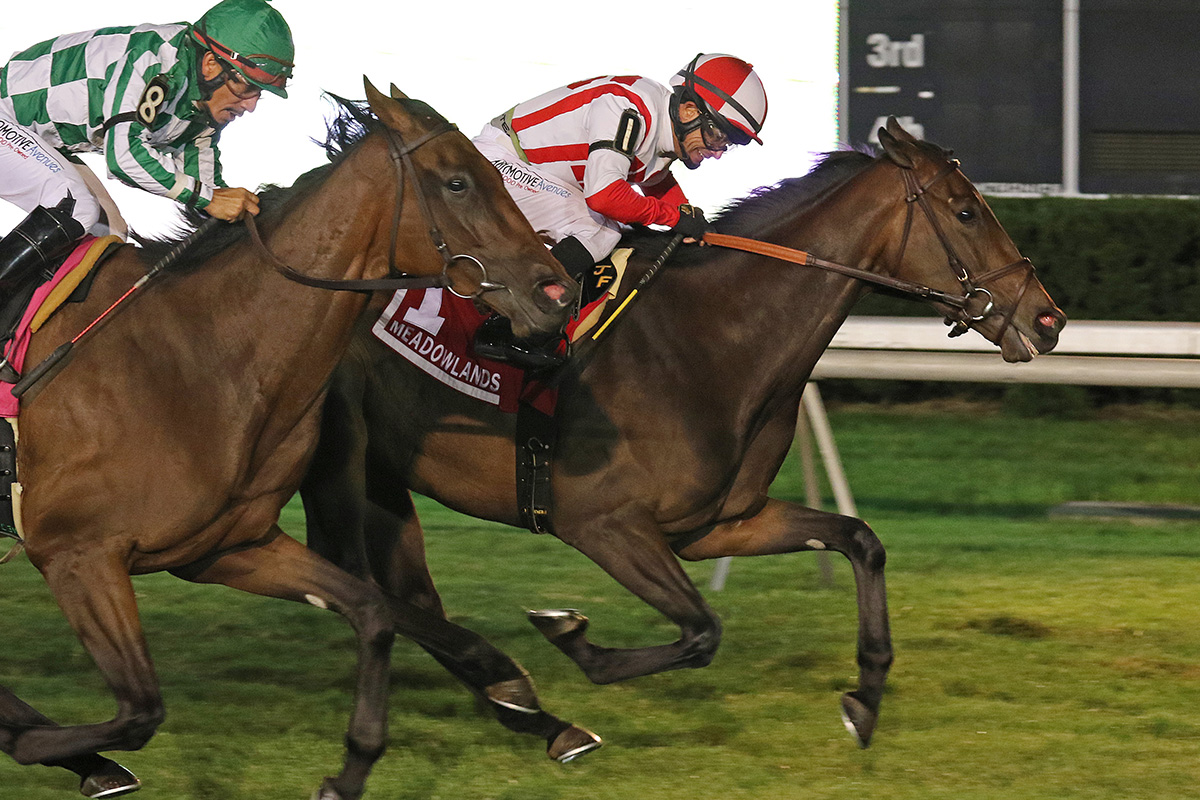 EAST RUTHERFORD, N.J. – A pair of Chad Brown-trained fillies, both coming off Maiden Special Weight victories on the grass, head a field of 14 for Saturday’s featured $45,000 allowance when racing resumes during the all-turf Monmouth-at-Meadowlands meet.

Saturday’s six-race card will also mark the return of leading rider Paco Lopez, who has been sidelined since injuring his left shoulder in a spill on Oct. 15 at the Meadowlands.

Lopez, coming off his eighth riding title at Monmouth Park, sits atop the Meadowlands rider standings with six victories, one more than Isaac Castillo. He is listed to ride in three races, including the Brown-trained Infinite Potential in the one-mile feature race.

A 4-year-old daughter of Invincible Spirit, Infinite Potential will look to become a two-time winner at the Monmouth-at-Meadowlands meet after breaking her maiden on Oct. 1 with a neck victory at a mile and a sixteenth on the grass.

Bred in Ireland, Infinite Potential is owned by Klaravich Stables.

Brown has also entered Bleecker Street, a 3-year-old filly who won at first asking on Aug. 21 at Monmouth Park at a mile and a sixteenth on the turf. The daughter of Quality Road, owned by Peter M. Brant, has not raced since then.

Two also-eligibles are among the 14 horses entered in the feature race. Overall, 70 horses are entered for the six races.

Saturday’s program is the sixth of the seven-day boutique meet, with the final live Thoroughbred card of the year in New Jersey scheduled for Saturday, Oct. 30.