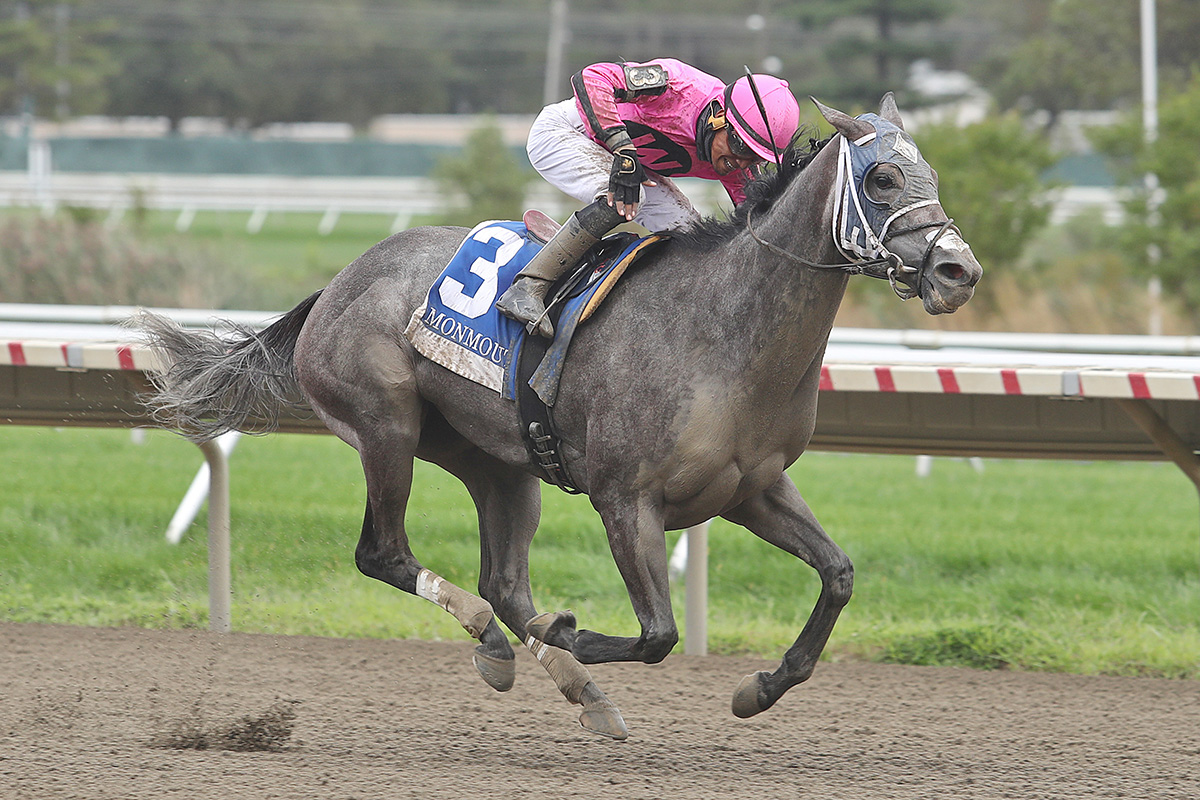 Able to get the jump on 3-5 favorite Royal Charlotte coming out of the final turn, Castillo and Bronx Beauty drew off for a 4¼-length victory in Sunday’s $75,000 Regret Stakes at Monmouth Park, giving the 22-year-old Panamanian rider his first stakes win of the meet.

Trained by Anthony Margotta, Jr., Bronx Beauty was racing for the second time in six days. The classy 5-year-old mare was a late-running third in the Teresa Garofolo Memorial Stakes at Parx on Sept. 7 after breaking last in the seven-horse field.

“We typically do not run back this quickly,” said Margotta. “But we will do it if the circumstances surrounding it are good. These happened to be good circumstances. She fit very well against these, she loves Monmouth Park – four out of five now on the racetrack – she’s very sound and she’s fit right now. Isaac Castillo rides her really well. They get along great. All of those things led to us to coming back quickly in this race. Isaac did an outstanding job.”

Castillo, who began riding full-time in 2017, has already set personal bests this year for victories and earnings in a season.

“It feels great to win my first stakes race of the meet,” Castillo said. “This has been a really good year for me. It shows how hard work every morning can pay off. I’m very happy to win this.”

With Bridlewood Cat, Day by Day and Decoupage all vying for the early lead through fractions of :22.14 to the opening quarter and :45.29 to the half, Castillo had Bronx Beauty just behind that group but ahead of the Chad Brown-trained Royal Charlotte.

Both made their moves on the outside coming out of the final turn but Bronx Beauty and Castillo got there first, passing a tiring Bridlewood Cat at the sixteenth pole and having more than enough to hold off Royal Charlotte, who finished a head in front of Day by Day.

“I knew I needed to be aggressive against (Royal Charlotte),” said Castillo. “I had to time my move just before she made hers to get clear. I knew I would have enough left if I was able to get the lead in the stretch because I have ridden this horse many times and I know her.”