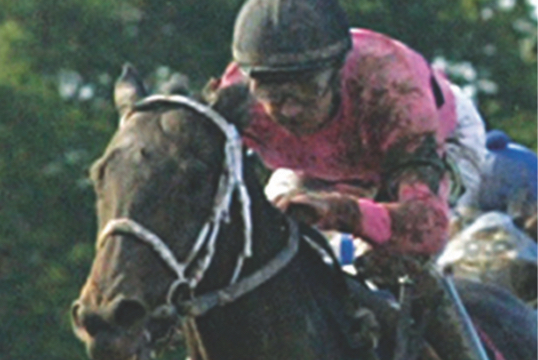 Carryovers in both the Pick 6 and Pick 5 await handicappers when Thoroughbred racing resumes Friday night for the final weekend of the all-turf Monmouth-at-Meadowlands meet in East Rutherford.

If neither wager is hit again there will be a mandatory payout for both on Saturday.

Friday’s card is headlined by a $28,000 allowance that has drawn a field of 10 3-year-olds and up going a mile and a sixteenth.

Harlan’s Hunch, trained by Danny Gargan and scheduled to be ridden     by Trevor McCarthy, is the 7-2 morning line favorite. The Kelly Breen-trained King of Spades, coming off a dirt win but a proven grass runner, and the Michael Stidham-trained Meilleur loom as potential threats.

Sixty horses are entered for the six races that night.

Saturday’s six-race program, the final Thoroughbred card in New Jersey for this year, features a pair of allowance races.

Montclair, a tough-as-nails 8-year-old gelding trained by Jason Servis, will try for a fourth straight win – all on the grass – in a $12,500 allowance for 3-year-olds and up at a mile and a sixteenth.

In the $28,000 allowance at five furlongs, the Alan Goldberg-trained Take Cover will look to add to his career earnings of $209,048 on the turf. The 6-year-old was second, beaten a head, in his last outing in an optional claimer at 5½ furlongs on the turf at Laurel Park.

Parking, admission and seating are free, both inside and outside the Meadowlands. Live programs are $2, with simulcast books $4. Valet parking is available for $5.