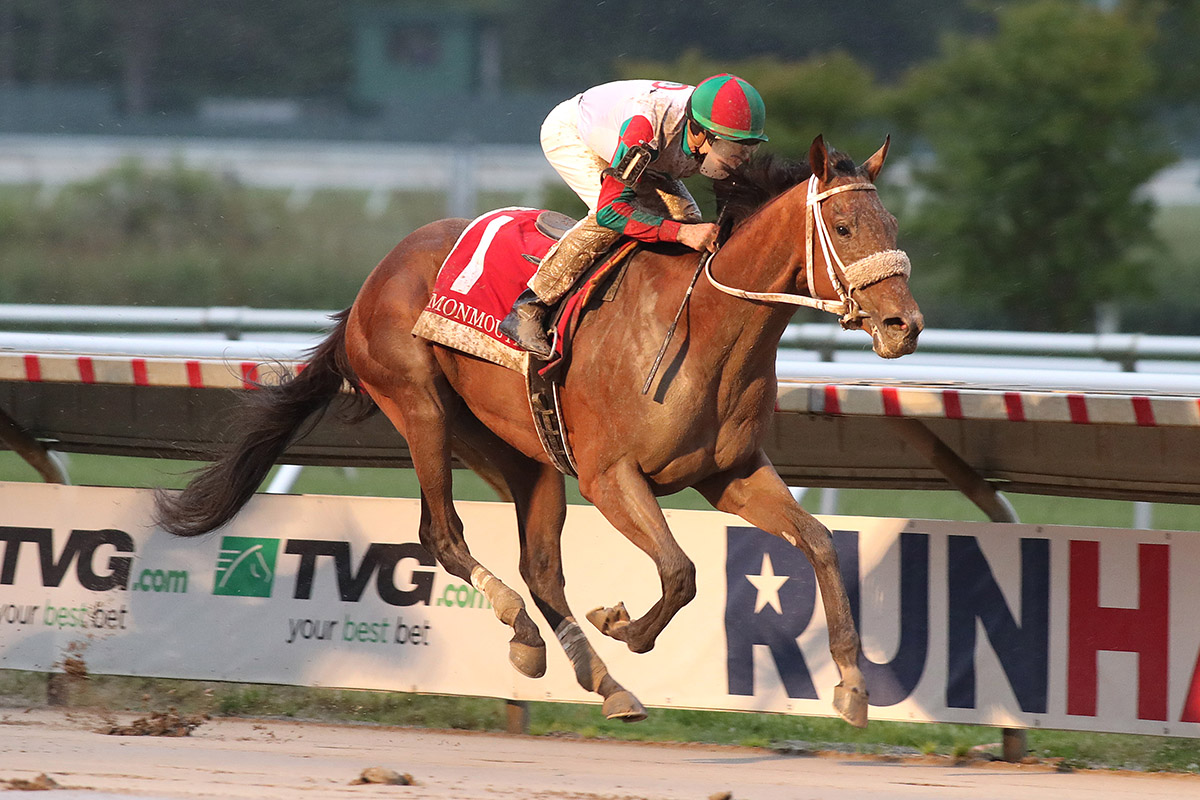 Even though It’s A Gamble had tried the dirt just once in his eight-race career prior to Friday night, trainer Kelly Breen said he wasn’t concerned when the Jersey Derby was moved from the grass to the main track at Monmouth Park due to rain.

It’s easy to see why.

It’s A Gamble found a seam along the rail and was able to reel in loose frontrunner Indian Lake at the sixteenth pole, going on to a 1¾-length victory in the 78th running of the Jersey Derby, the $100,000 feature race on Monmouth Park’s opening card.

Indian Lake, who looked to be on his way to victory in mid-stretch, was 8¾ lengths in front of third-place finisher Spectatorless.

“Even though this was just his second start on the dirt he has trained well on it,” said Breen, who captured his third Monmouth Park training title last year. “So I wasn’t all that concerned when it came off the turf. Everything set up for him. The rail opened up and he was able to find his way through.

“Since we shipped him from Florida to New York — his last race on the grass at Aqueduct was really nice — he has been training well. I believe that he’s a nice horse – dirt, turf, whatever.”

A son of English Channel-Yes It’s Pink by Yes It’s True was bred and is owned by Ron Lombardi (Mr Amore Stable). The New York-bred colt was ridden by Jose Baez.

“The rail really opened up for me,” said Baez. “I was just sitting there waiting to see what was going on. I waited long enough that the rail opened and I didn’t have to go around horses. I was a little worried about (Indian Lake) getting away from me. That’s probably why I asked my horse to go when I did.”

It’s A Gamble paid $11.20 to win in recording his third victory in nine career starts. Seven of those starts have been on the turf.