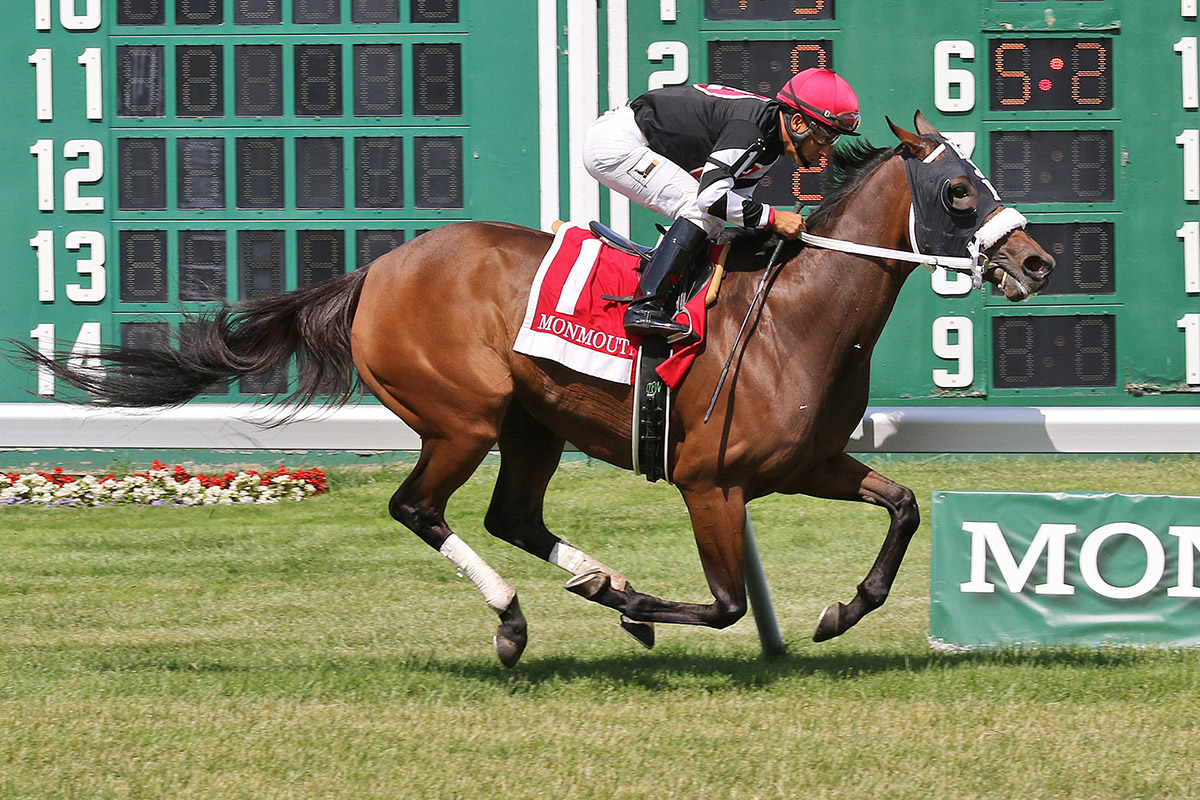 In a turf race that features two horses sired in Ireland, one in Great Britain, three from Chad Brown’s powerhouse stable and one trained by Todd Pletcher, Kelly Breen will take his best shot with his classy Jersey-bred Valedictorian.

Monmouth Park’s leading trainer says it’s what she does and has always done – take on top-notch grass distaffers almost every time she races.

With Breen’s hope that she may be the lone speed, Valedictorian will look to get back on track in Saturday’s $150,000 Grade 3 Eatontown Stakes, the feature on Monmouth Park’s 14-race card. She won the race a year ago, one of 12 career victories that have helped her to $737,115 in lifetime earnings.

“I think it’s pretty neat having a Jersey-bred to run against all these good mares,” Breen said. “But if she happened to be running as good as she has in the past and she was from Oshkosh I’d still be proud of her.”

Breen will look to get the 6-year-old daughter of Temple City jumpstarted after an 0-for-5 start to her 2020 campaign, with only a pair of third-place finishes to show for it. But three of those starts have been against graded stakes company, including the Grade 1 Just A Game at Belmont Park on June 27.

In her most recent start, the Grade 3 Matchmaker Stakes at Monmouth, she faded to sixth after setting the pace for a good portion of the nine-furlong grass feature. The Eatontown is at a mile and sixteenth.

“There were no easy spots to bring her back this year,” said Breen, who is looking for his third Monmouth Park training title after topping the track’s standings in 2005 and 2006. “There were just no spots out there to maybe get her an easy win. So she keeps going up against the best of the best.

“Yes, it’s been frustrating but she is still running and her numbers are still good and she’s doing well. She looks great. It’s just been a lot of tough spots.”

The Eatontown looks to be another tough spot, with the Brown-trained Nay Lady Nay back after winning the Matchmaker on July 18. Tapit Today, also trained by Brown, was fourth in that same race, beaten just a length and three-quarters. His third starter be Noor Sahara, who will be making her third start in the United States after racing in France.

Pletcher, meanwhile, will be represented by Valiance, who is 2-for-2 on Monmouth Park’s turf course and 4-for-4 at a mile and a sixteenth during her six-race career.

There’s a field of eight entered as well as two main track only alternates.

“We’ll see what happens with the weather but I think we could be the speed of the race,” said Breen. “Everything about this race will be helpful to her – the mile and a sixteenth, being back on her home track, which she loves, the chance she could be the speed. All of it. And she is doing well.”

If the weather has an impact on the race, Breen said it won’t affect his mare.

“She ran well on a soft, yielding turf course and if he comes off she has run well in the mud,” Breen said. “She can do it all.”