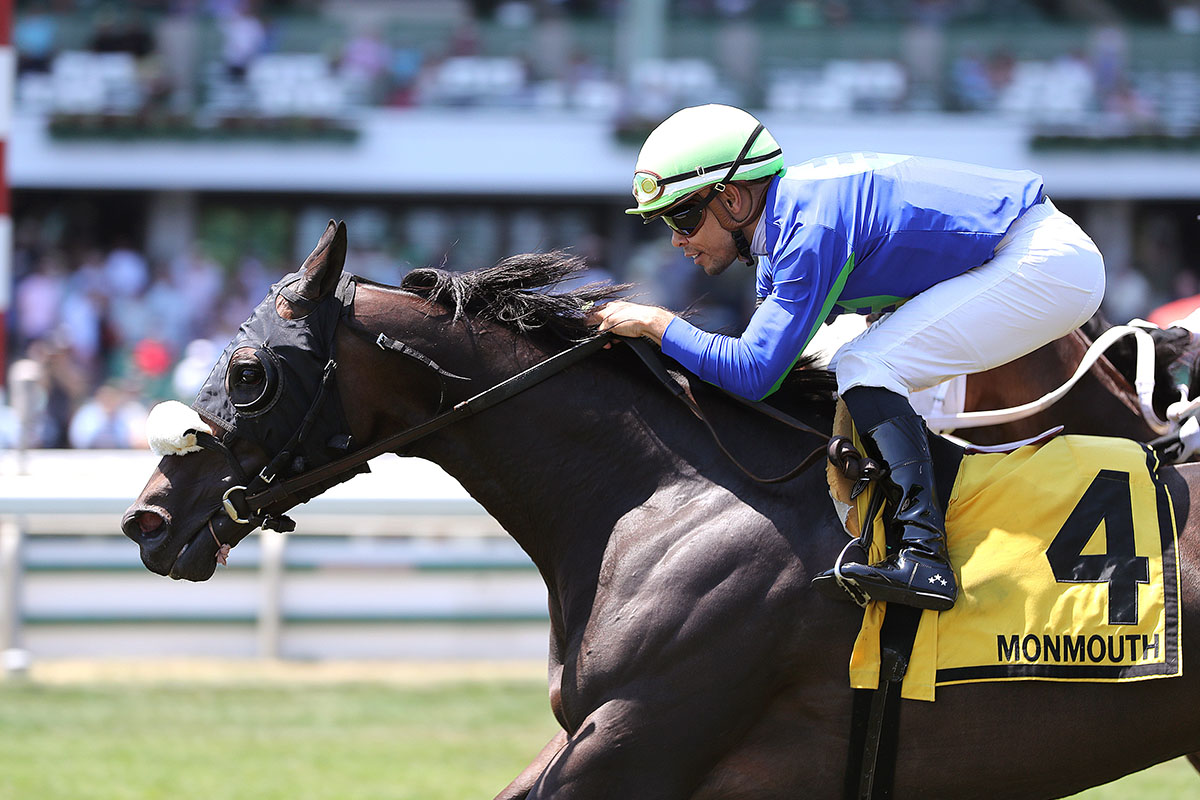 Juan Carlos Avila said there was no magical fix that turned the 4-year-old gelding Breakthrough into a stakes winner and has him seeking his third straight win in Sunday’s re-scheduled $100,000 Rainbow Heir Stakes at Monmouth Park.

Simple maturity has been the difference, said the 58-year-old trainer.

“The biggest change has been in his stall,” said Avila. “He has suddenly gotten very calm. You can see it during training, too. He has finally matured.”

After starting the year with three straight off-the-board finishes, including a dull seventh in the Get Serious Stakes at Monmouth Park on May 22, Breakthrough heads into the 5½-furlong grass feature on Saturday on the best form spree of his 17-race career.

The son of Nyquist-Murky Waters by Storm Creek is in such peak form that Avila has no reservations about him making his third start in 40 days.

“I’m confident because he is so sharp right now,” said Avila. “He’s at his best now.”

Breakthrough, owned by R T Racing, ended an eight-race losing streak with win in allowance company at 5½ furlongs on the dirt on July 4 at Monmouth Park. He followed that with a win in the $100,000 Wolf Hill Stakes, also at 5½ furlongs on the grass, on the July 23 TVG.com Haskell Stakes undercard. That was the first stakes win for R T Racing, which was formed last year.

Avila, who is flourishing in his first full summer overseeing his being stable at Monmouth Park, claimed Breakthrough for $25,000 after he broke his maiden for Wesley Ward at Gulfstream on June 6, 2020. It has been a challenge ever since, Avila said, to unlock this horse’s potential.

“Back then he was kind of a crazy horse – a nervous wreck,” said Avila. “I had no idea when we claimed him that he could be a stakes winner because he had so many physical problems. It’s incredible the way he has developed. He is so much calmer and more mature now. It has made a big difference.”

For the Venezuelan-born Avila, another stakes win would add to an already impressive summer at Monmouth Park after managing a division at the Jersey Shore track from afar in Florida a year ago, when he was 2-for-35 at the meet. He has 14 wins, nine seconds and seven thirds from 67 starters at Monmouth this summer.

Avila, who won the 2020 Tampa Bay Derby with longshot King Guillermo, has 35 horses at Monmouth, though Breakthrough has been his only stakes winner at the meet to this point. Breakthrough enters Saturday with four wins from 17 career starts.