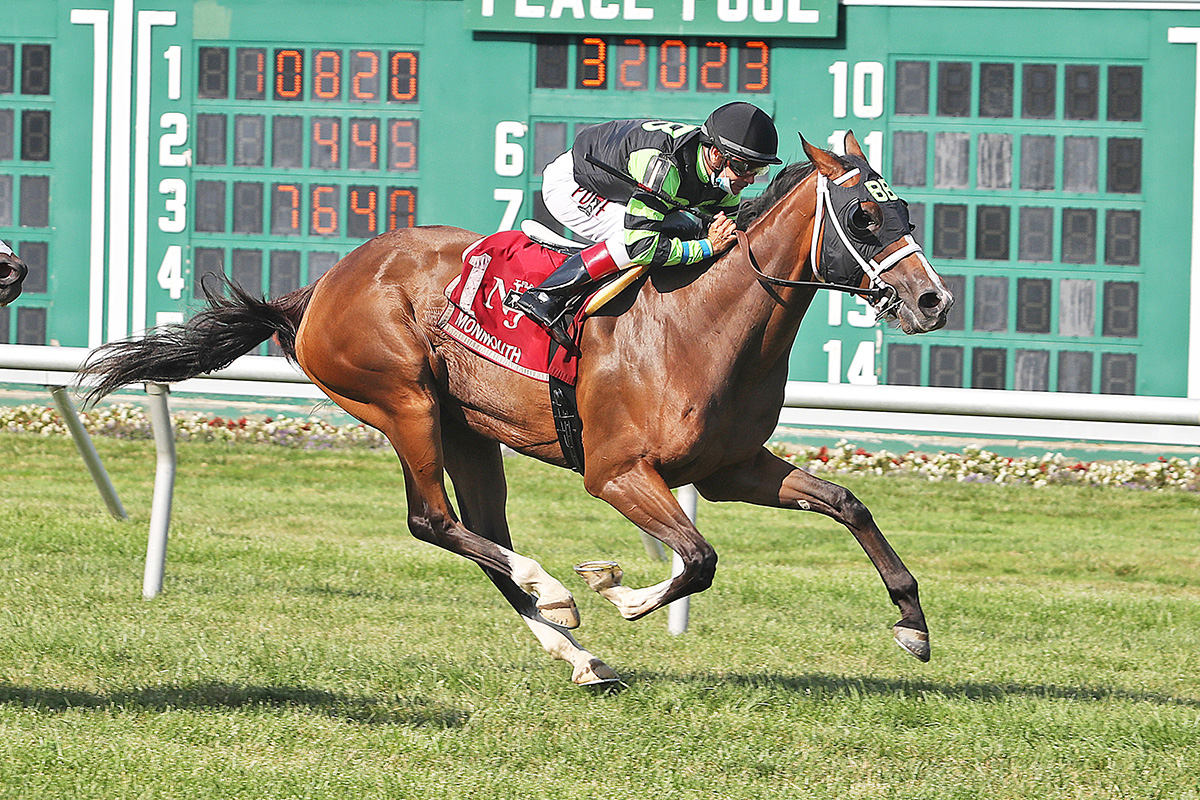 With few opportunities remaining for a Jersey-bred turf specialist, trainer Mike Dini will try to make the best of an unusual situation when he sends out Bramble Bay in Saturday’s Pinot Grigio Handicap at Monmouth Park.

The last time Bramble Bay raced, on Aug. 25 at Saratoga, she did so at a mile and an eighth.

Only once in her 21-race career, in fact, has she tried a grass sprint.

“I really had no choice right now if we’re staying with Jersey-breds, which I’d prefer to do,” said Dini. “It didn’t look like there were any real stars going five-eighths (of a mile) so we’re giving this a shot. She does have a little speed if you use it. The main thing is keeping her on the grass. She loves the turf and she runs well at Monmouth Park.”

On paper, Bramble Bay’s credentials dwarf those of her six rivals. She shows a -5-5-6 line from those 21 career starts (5-for-16 on the turf) with earnings of $288,868. She has four wins and two seconds in nine Monmouth Park turf tries as well.

But the great unknown is whether she can sprint, since her last four victories have come at a mile or longer.

“She can work fast,” said Dini. “I just think it’s a better fit right now with Jersey-breds. The only stakes race she was eligible for before this (the July 18 Jersey Girl Handicap, which she won in 2020) came off the turf and she got beat in a photo.”

Dini has no illusions about where his 5-year-old daughter of Bullet Train will be in the early stages of the race.

“I would think she’ll be last early,” he said. “It would be nice if there was a little speed duel to make them back up a little bit. She has a really nice three-eighths of a mile run. So I hope she can settle and be in a position to make her move on the turn.”

Paco Lopez, closing in on his eighth Monmouth Park riding title, is listed to ride the Ballybrit Stable-owned Bramble Bay.