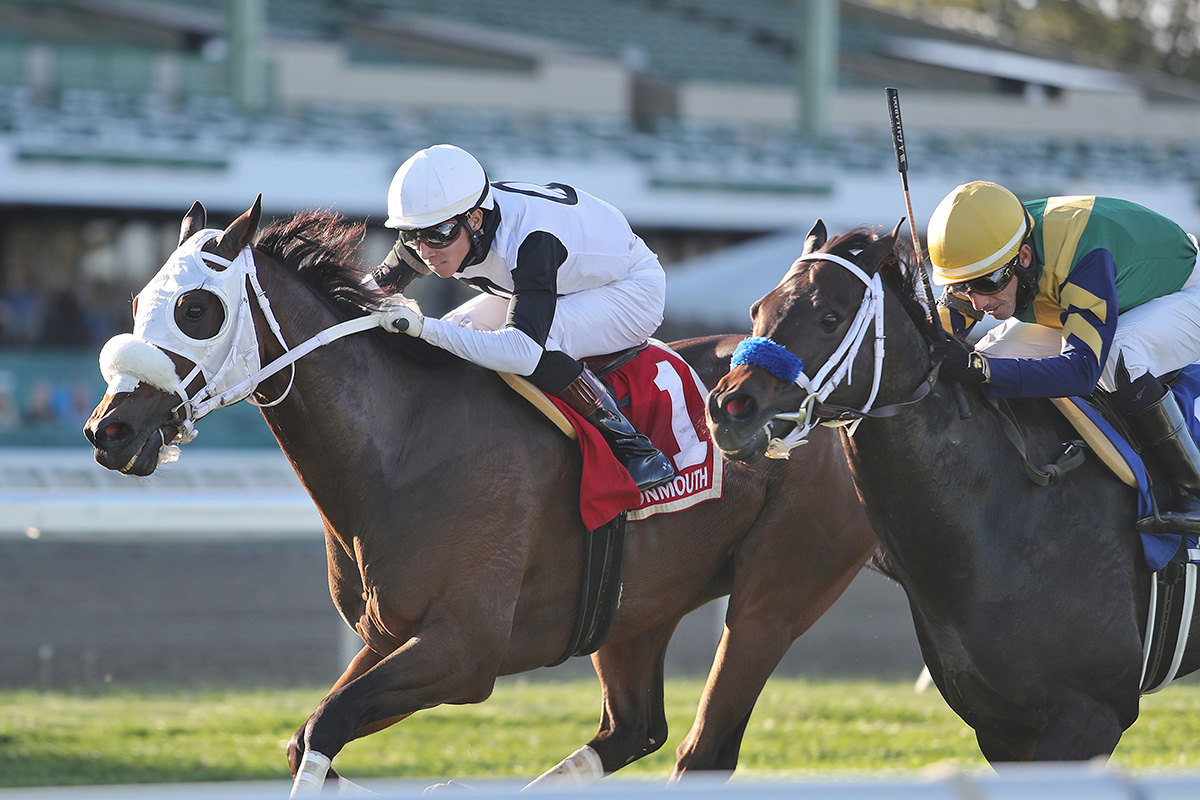 With the form spree that Belgrano has been on lately, looking sharp going both short and long on the grass, trainer Frank Russo figured he would give the 6-year-old gelding one more start before heading south for the winter.

It was a big swing – just the second stakes race of the horse’s career – but it connected.

Belgrano roared from far back in a short field to catch 11-10 favorite The Critical Way at the wire for a head victory in the inaugural running of the $75,000 Virgil “Buddy” Raines Stakes on Saturday at Monmouth Park.

It marked the first stakes victory in 24 career starts for the son of War Front.

“It’s amazing that he won his first stakes race here because he just won his first allowance race,” said Russo. “We’re going to Florida soon and we said `let’s give him one more shot at Monmouth Park.’ It turned out great.”

The 5½-furlong Raines Stakes, contested over a turf course listed as good, marked the opening day feature of the nine-day Meadowlands at Monmouth Park meet. When racing resumes Sunday there will be a carryover of $16,963 in the early Pick 5 that starts with race one.

Belgrano, coming off a win and a second in his last two starts, won for the fifth time in 19 career grass starts. He was claimed for $16,000 on Feb. 22 by Peace Sign Stables.

With The Critical Way looking for a second straight gate to wire stakes score, Belgrano had a lot of work to do after an opening quarter of :22.61 and then :45.32 to the half mile, when he had just one horse beat in the five-horse field.

“They were going pretty fast up front,” said winning jockey Jorge Vargas, Jr. “The rail was out (at 24 feet) and sometimes when the rail is out like that the times don’t tell you the story. I felt they were going fast up front. My horse, after a half mile, jumped on his left lead and started taking me places. He just really went for.

“The favorite was well in front at the top of the stretch so I doubted a little bit if I was going to get there. Passing the last sixteenth I kind of looked and he was coming back to us fast and I was thinking `I might get there.’ And we did.”

Spikes Shirl was two lengths behind The Critical Way in third.

Monmouth Park will offer simulcast wagering on the Qatar Prix d l’Arc de Triompe on Sunday from Longchamp Racecourse in Paris, with the prestigious mile and a half Group 1 turf race scheduled for a 10 a.m. post. Wagering will only be available in the Grandstand area.

The simulcast feed of the Longchamp card will be available at Monmouth Park beginning at 9 a.m. and will be offered through the end of the all-turf nine-race card. Eight of the races are Group 1 stakes.

A field of 15 has been entered for the Arc, with Enable seeking a record third victory in Europe’s most prestigious race for all-aged horses. Now 6, Enable won the race in 2017 and 2018.