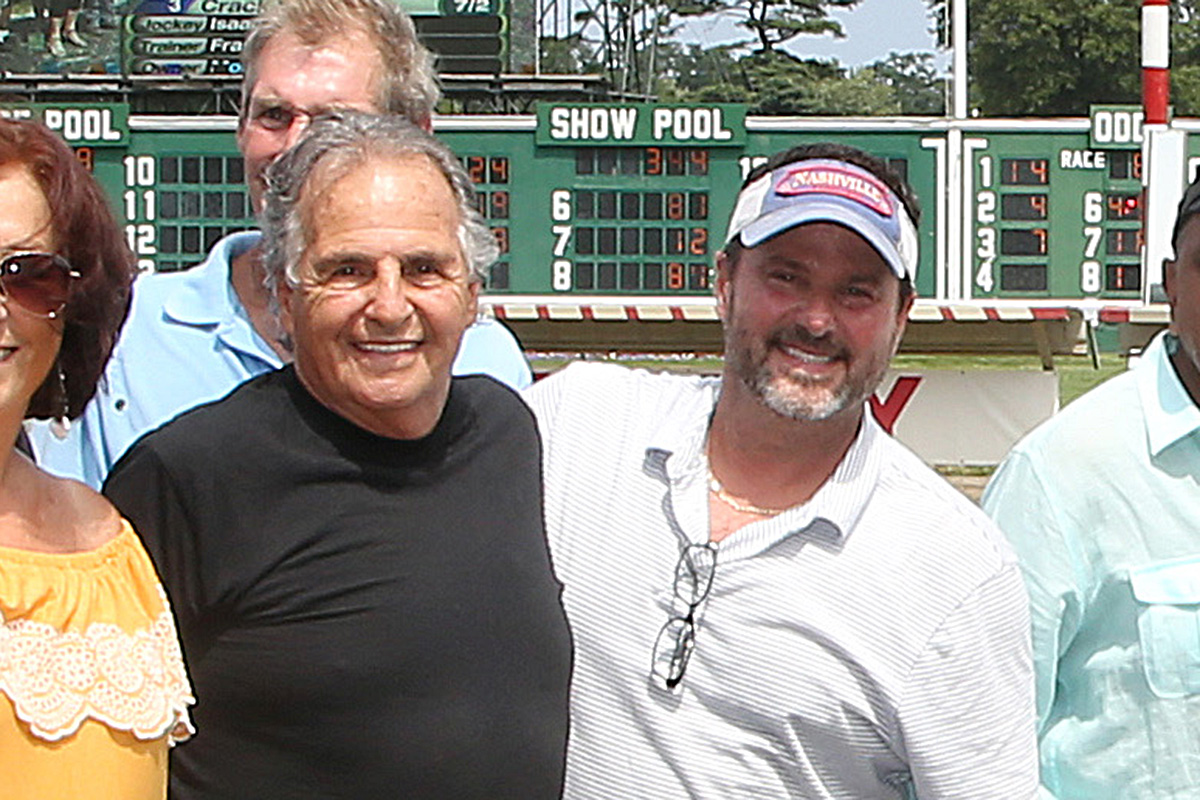 Frank Russo still shows up early every morning for hands-on work with his four-horse stable at Monmouth Park, a routine he has maintained since he started training in 1976. But Saturday could be a little different for the 79-year-old conditioner.

Belgrano, a 7-year-old gelding Russo says is “probably the best horse I’ve ever had,” looms as serious contender in the Rainbow Heir Stakes at 5½ furlongs on the grass for 3 year olds and up on Monmouth Park’s 14-race card. The $100,000 purse represents the first six-figure race Russo has ever had a chance to win.

Originally scheduled to be run last Sunday, the Rainbow Heir Stakes will now share top billing on Saturday with the $100,000 Miss Liberty Stakes at a mile and a sixteenth on the turf for fillies and mares three and up.

“I really loved him last Sunday,” said Russo. “He was ready. Coming back six days after that I hope we have him back together. I think we do.”

Claimed by Russo for Peace Sign Stables for $16,000 on Feb. 20, 2020 at Gulfstream Park, Belgrano has produced four wins, three seconds and two thirds in his 15 starts for Russo.

“He’s a nice horse,” said Russo. “He had a couple of issues. We sort of solved them – galloping problems, not paying attention. Exercise rider Findlay Bishop played a big role in getting him to where he is now.

“He’s a horse that just gives you everything he possibly has. He’s not a cheater. It’s hard to come across a horse like that. You usually have to dig in and get it out of them. But he’s a performer.”

A son of War Front-Ask the Moon by Malibu Moon, Belgrano has not raced since a six-length romp going a mile on the grass in a starter handicap at Monmouth Park on June 20. He has six career wins, all on the grass, and has won going long and short, scoring by a head over The Critical Way in the $75,000 Virgil “Buddy” Raines Stakes at 5½ furlongs on the grass at Monmouth last year.

“He can go long or short,” said Russo. “His style of running is he will race the same way going long or short. He just wants to give you that power run at the end.”

Belgrano will face eight rivals in the Rainbow Heir Stakes, including the recently-claimed Shekky Shebaz, now in the barn of leading trainer Wayne Potts. Shekky Shebaz was third in the 2019 Breeders’ Cup Turf Sprint.

But Belgrano’s 94 Beyer Speed Rating from his last race – the highest of his career – puts him right with this group, Russo says.

“The field has pretty even numbers when you look at them,” said Russo, who has 133 career victories. “There’s no standout in the field. I think it’s an even race, a competitive race. I think he is on the top of his game now. I’m just hoping he shows that.”

For the bulk of his training career, and ever since selling his share of his printing business to his brother, Russo has maintained a small stable, preferring it that way “because I have control over everything.”

“I’ve never really had a lot of horses at one time,” he said. “I wouldn’t want to train more than 10 horses at a time because it allows me to pay attention to every detail of my horses. I’m into doing that.”

Yet, despite the small numbers – Russo said he several “babies” on his farm in Carlisle, Pa. that have yet to debut – this year is shaping up as the best of his career. He is 5-for-12 at Monmouth Park and 8-for-28 overall, with his win total and earnings the best he has had since 2005.

“The horses we have are all running this year,” he said. “It’s like having a Christmas tree with a lot of lights on it. Some of them light up and some of them don’t. This year all of the lights are lighting up for me.”