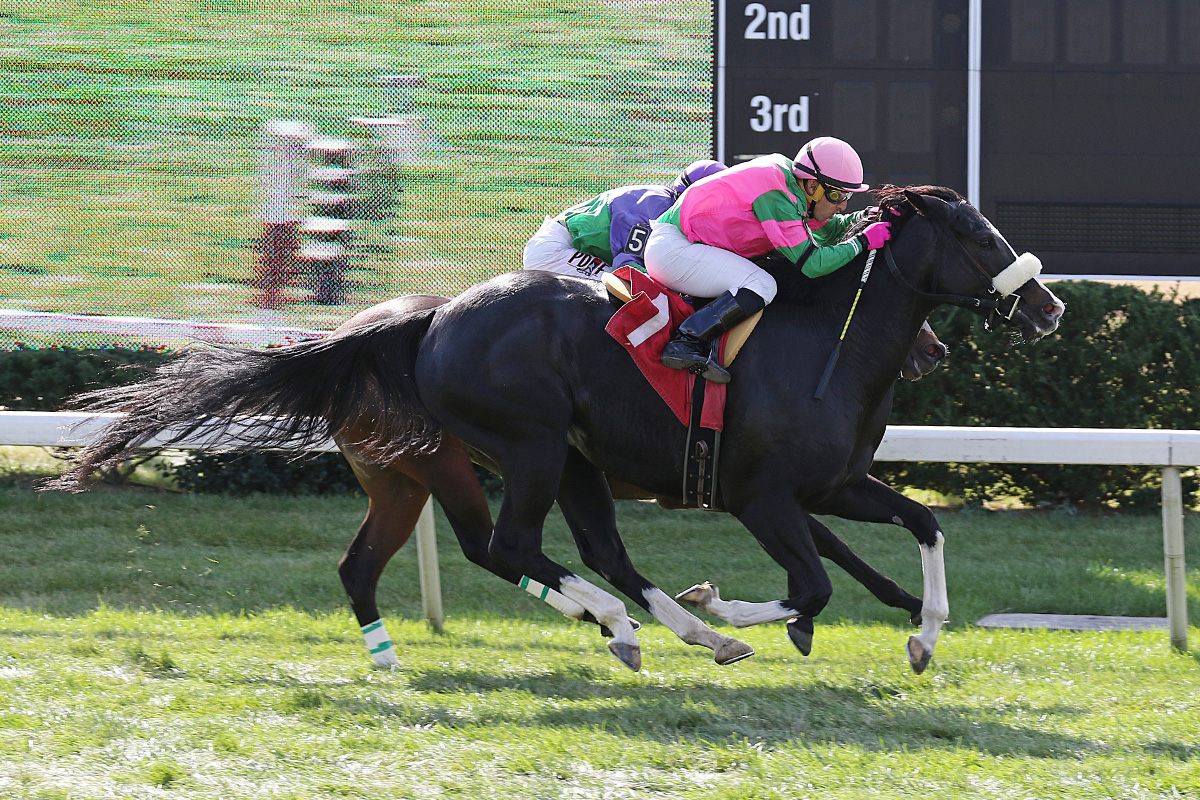 Beaux Arts needed all of the final sixteenth of a mile in the stretch to run down Sweet Yare N Dira before poking her head in front just before the wire to capture Saturday’s featured $35,000 allowance optional claimer during the all-turf card at the Meadowlands Racetrack in East Rutherford.

The 5-2 second choice in the field of eight fillies and mares, Beaux Arts also overcame her penchant for finishing second with her strong rally in the five-furlong dash over a turf course listed as firm.

Trained by Russell Cash and ridden by Jorge Panaijo, Beaux Arts posted her second victory in 22 career starts. She has 10 second-place finishes.

A 4-year-old daughter of Freud-Jenny Bean Girl by Sefapiano who is owned by Ocean View Stables, Beaux Arts covered the five furlongs in :57.30.

The victory was her first since winning a Maiden Special Weight race at Saratoga on July 21, 2017 and ended a 19-race losing streak.

It was another 1½ lengths back in third to Bow Town Cat.

Thoroughbred racing shifts to Monmouth Park on Sunday for the first of the final three live racing programs of the 61-day meet. First race post time for Sunday’s nine-race card is 1:15 p.m.