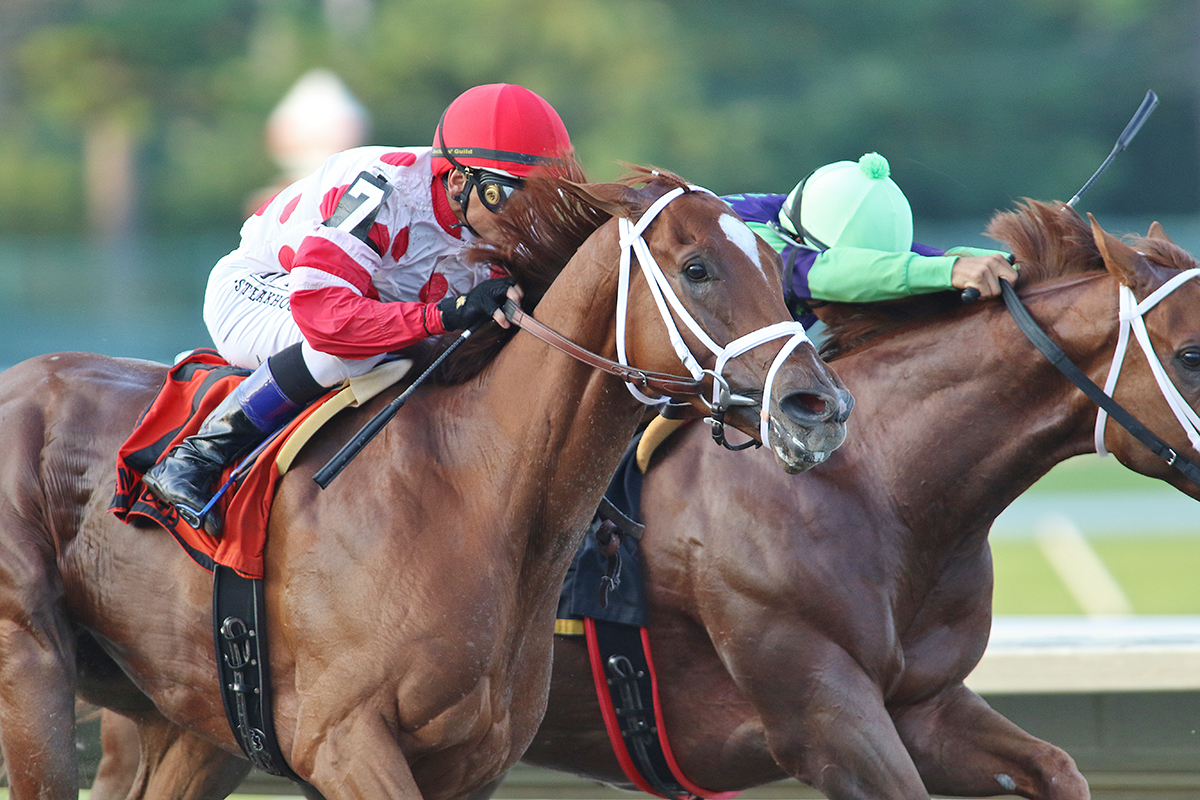 For trainer Gregg Sacco Saturday’s Grade 3 Philip H. Iselin Stakes at Monmouth Park is as much personal as it is business.

Sacco will send out Bal Harbour in the 85th edition of the race, in what will mark the 5-year-old’s second start for the veteran conditioner since getting the horse from Todd Pletcher in March – and the classy gelding’s latest attempt to earn an elusive graded stakes victory.

The $200,000 Iselin Stakes is named for the one of the founders and a past president of Monmouth Park.

“We’re all aware – me, my brother Rick, the Brunettis (owners of Bal Harbour) – of what a prestigious race this is on our home track,” said Sacco, who will be starting a horse in the Iselin Stakes for the first time. “Jimmy Iselin, Phil Iselin’s son, worked for my father in the late 1950s in high school walking horses. In fact, he remembers all of my dad’s stakes horses. Every time I see him he names four or five of the horses he used to walk for my dad in ’50s.

“We have a wonderful relationship with the Iselin family, especially Jimmy Iselin. His father was a pioneer and was one of the reasons Monmouth Park was built. So it’s very meaningful to us. We hold the Iselin family in the highest regard.”

Bal Harbour, a Kentucky-bred son of First Samurai-Casino Transaction by Carson City, has proven to be ultra-consistent in his 20-race career with five wins, five seconds and four thirds. He has earned $582,505 overall for Red Oak Stable.

But despite racing in graded stakes company in his past eight races Bal Harbour has yet to break through with a graded stakes victory.

“He’s a hard-trying horse,” said Sacco. “If any horse is deserving of winning a graded stakes race it’s him. He’s had two super works since his last race. We’re very happy where we are going into this race,”

In his debut for Sacco, off a seven-month layoff, Bal Harbour was third in the Grade 3 Monmouth Cup on July 18.

“I thought that race was super,” Sacco said. “He’s a little bit of a tough horse to ride. Last year when Mike Smith rode him for Todd Pletcher in the Monmouth Cup he thought he had War Story measured. He came up to him and hung with him. He got beat a head.

“This time Mike said he thought he had the Monmouth Cup won again. He went right up to (race winner) Global Campaign, put a half-length in front of him, and kind of dug his toes into the ground. So it was a little disheartening.”

Racing almost exclusively in graded stakes company lately, Bal Harbour is looking to snap a nine-race losing streak. Joe Bravo has the mount for the mile and a sixteenth feature race for 3-year-olds and up.

“He’s a pleasure to train. He’s a real pro,” said Sacco. “Todd did a great job with him and we’ll continue to build off that.

“Joe rode him last year so he knows the horse. It’s just a matter of timing the move right, timing it late. Like I said, he deserves a graded stakes win.”