Authentic, Midnight Bisou To Be Added To Monmouth Park’s Hall Of Champions 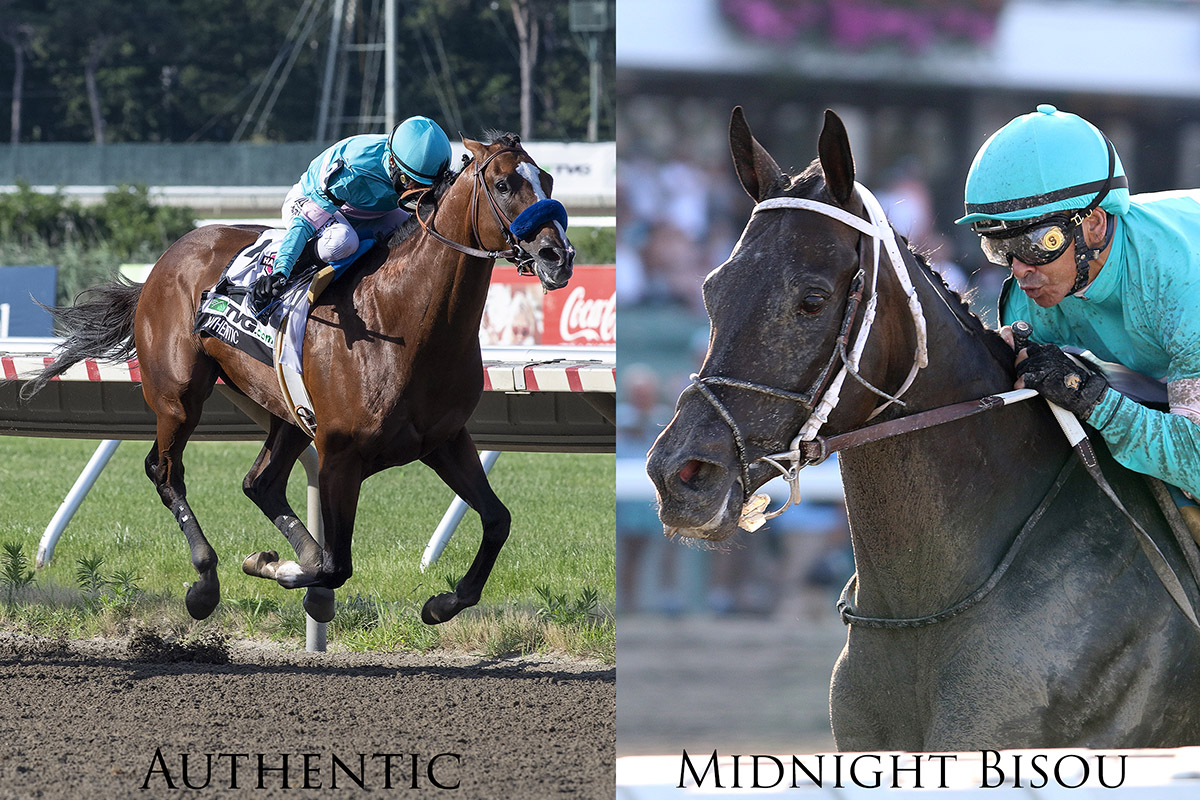 Authentic, the 2020 Horse of the Year who won the TVG.com Haskell Stakes as a prelude to victories in the Kentucky Derby and Breeders’ Cup Classic, and Midnight Bisou will join Monmouth Park’s Hall of Champions when the track kicks off its 76th season of live racing on Friday, May 28.

A winner of six of eight lifetime starts, Authentic became the first horse to capture the Haskell Stakes prior to winning the Kentucky Derby as a result of a revamped racing schedule due to COVID-19 in 2020. His only two career defeats were runner-up finishes in the Santa Anita Derby and Preakness Stakes.

A winner of $7,201,200 over his career, the son of Into Mischief-Flawless by Mr. Greeley provided Hall of Famer trainer Bob Baffert with his record ninth Haskell victory.

Midnight Bisou, who has never missed the board in 22 career starts, won the Grade 3 Molly Pitcher Stakes at Monmouth Park in 2019 on the way to being named champion Older Female Dirt Horse that year.

Monmouth Park’s Hall of Champions was established in 1986 and is located on the track’s first floor Grandstand with banners representing the various owners’ silks.

Authentic and Midnight Bisou bring the total of horses honored in the Hall of Champions to 67. Of those, 30 are enshrined in the National Museum of Racing Hall of Fame, including 2015 Triple Crown champion and Haskell winner American Pharoah.