Asmussen-Trained Pneumatic Looks To Take A Step Forward In Saturday’s TVG.Com Pegasus Stakes With Kentucky Derby Points On The Line 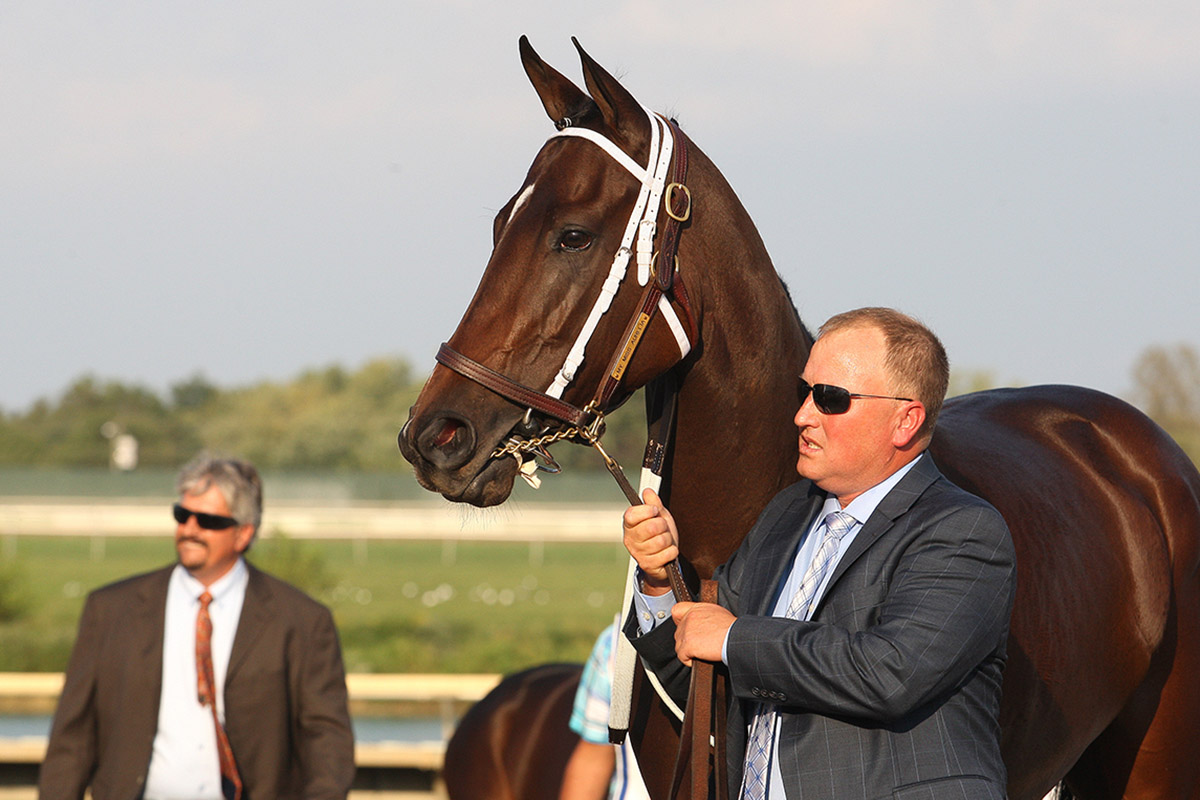 There may be a starter or two in Saturday’s TVG.com Pegasus Stakes at Monmouth Park whose connections are coming down with a late case of “Derby fever” but Hall of Fame trainer Steve Asmussen isn’t among them – at least not yet.

The Asmussen-trained Pneumatic, fourth in the Belmont Stakes, will be part of an eight-horse field of 3-year-olds in the $150,000 stakes race that offers a final opportunity to earn points for the Kentucky Derby.

“He’s a talented 3-year-old and off the Belmont Stakes Steve felt this was the right spot for him,” said Scott Blasi, Asmussen’s long-time assistant. “I don’t think you look any further past Saturday. We’d like to see him run a good race off being fourth in the Belmont Stakes.”

Traditionally a prep for the TVG.com Haskell Stakes, the Pegasus was moved on the COVID-19 adjusted calendar as a last chance points race for the Sept. 5 Kentucky Derby. A total of 20 Kentucky Derby points will go to the winner, with eight to the second-place finisher, four for third and two for fourth.

The lightly-raced Pneumatic currently sits 22nd on the Kentucky Derby points list with 25 points, with the race limited to 20 starters. So far, there are 16 firm commitments.

“If you’re considering the Derby points are always important,” said Blasi. “Steve just thinks it’s a good spot to run back off the Belmont Stakes.”

The mile and a sixteenth TVG.com Pegasus Stakes will also feature Jesus’ Team, fourth in the TVG.com Haskell Stakes, and the Kelly Breen-trained As Seen On TV, who was third in the Fountain of Youth.

Pneumatic, a son of Uncle Mo-Teardrop by Tapit, will arrive at Monmouth Park with just four career starts after being unraced at 2. He won his first two starts at Oaklawn, then was third in the Grade 3 Matt Winn at Churchill Downs on May 23.

His fourth-place finish followed in the Belmont Stakes, where he was 2½ lengths behind new stablemate Max Player, who was recently moved from Linda Rice’s barn to Asmussen’s and is already Kentucky Derby qualified.

As for Pneumatic possibly joining Max Player in the Kentucky Derby starting gate in three weeks, Blasi reiterated that the TVG.com Pegasus is the sole focus for the Winchell Thoroughbreds-owned colt.

“I don’t think we’re looking further past Saturday and then we’ll evaluate what we can do from there,” Blasi said. “The Belmont Stakes was a tough spot. He’s a lightly-raced colt that is going to continue to improve.”