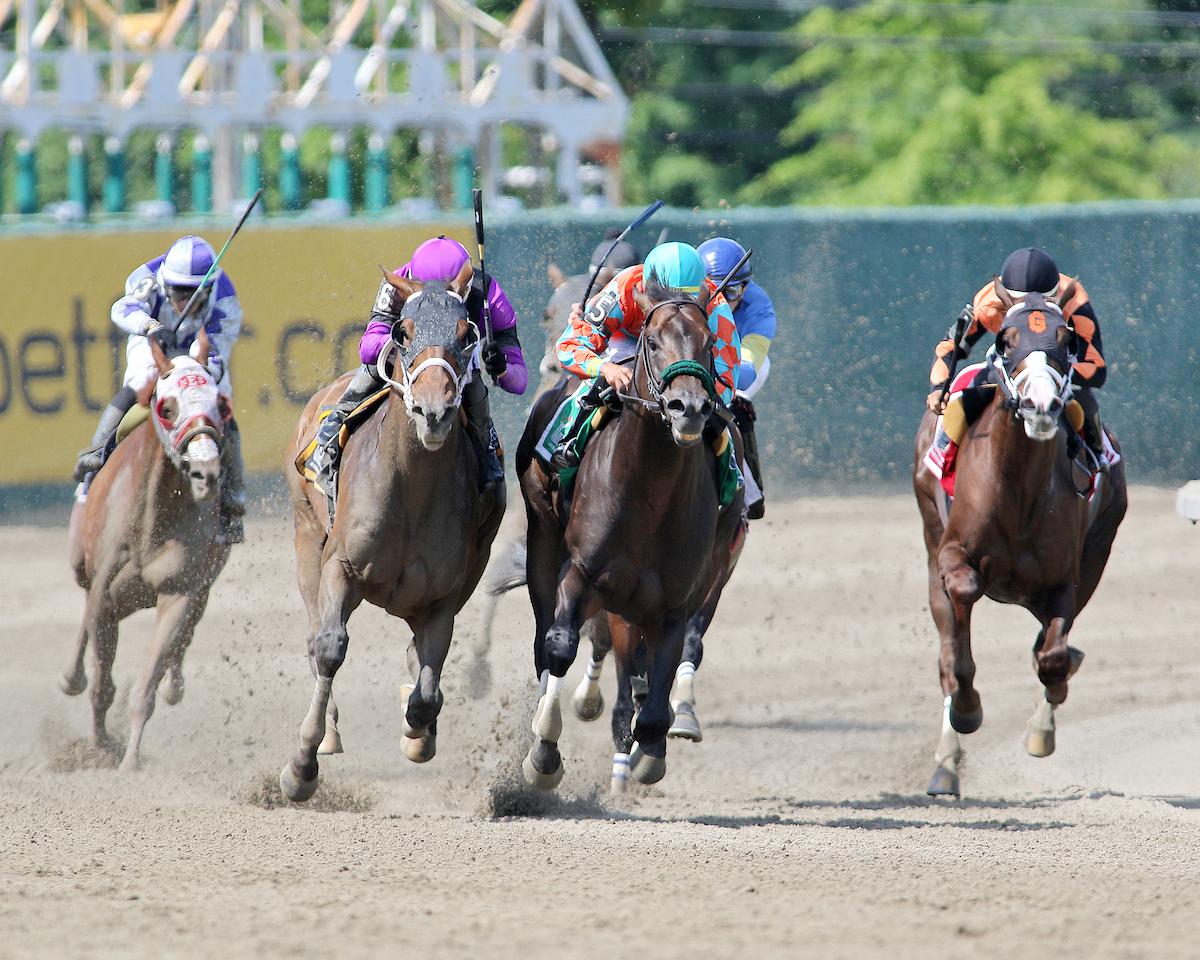 Trained by Steve Asmussen, Mighty Mischief has done little wrong in his five-race career with three wins and two seconds and earnings of $275,200 – all accomplished at the six-furlong distance of the Jersey Shore Stakes. The homebred son of Into Mischief was unraced as a 2-year-old.

Nik Juarez has the mount.

Moonlite Strike, trained by Saffie Joseph, Jr., will be shortening up to six furlongs for the first time in his eight-race career. The son of Liam’s Map has won three of his eight lifetime starts.

The field includes the Ron Moquett-trained speedster Upstriker, a homebred son of Upstart coming off a two-month layoff.

The 28th running of the Jersey Shore Stakes is carded as the 10th race on Sunday’s 11-race program. First race post time is 12:15 p.m.

Admission and parking are free.