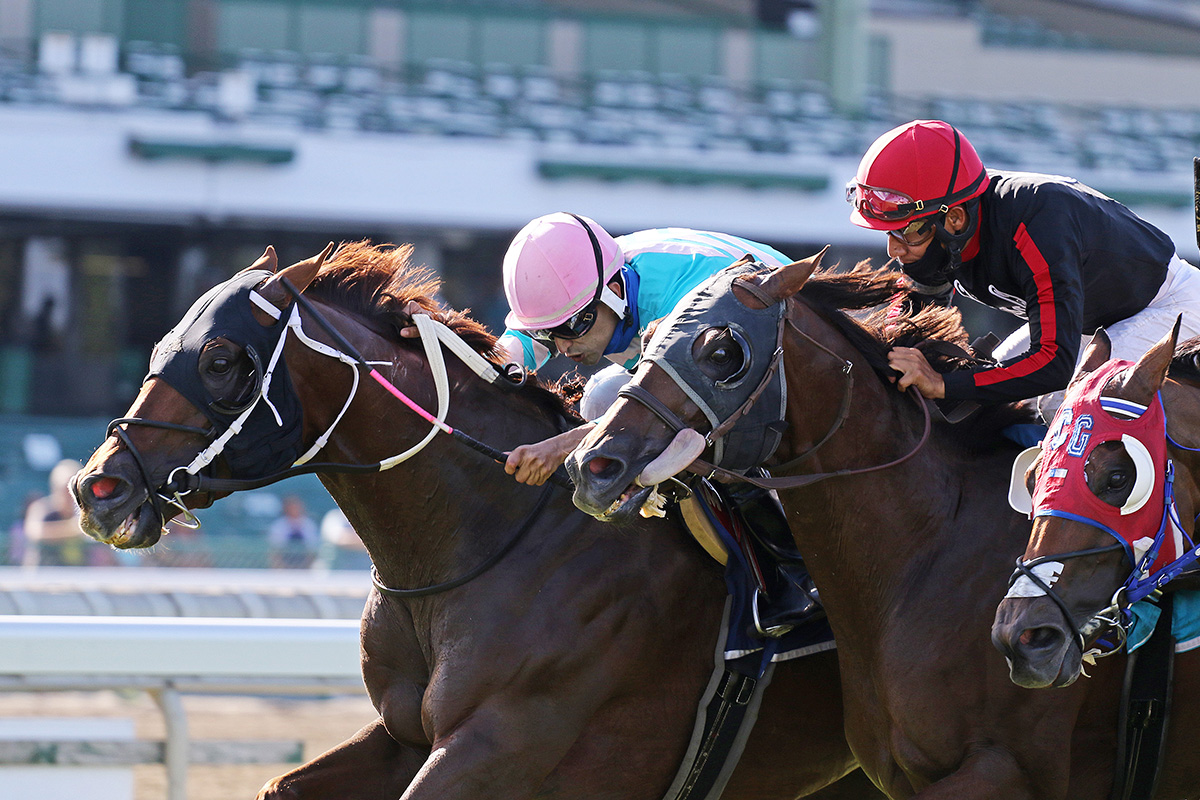 Archidust has always been a consistent sprinter, but something about Monmouth Park’s turf course seems to bring out the best in the 4-year-old colt.

Rallying from off the pace, Archidust ran down Spikes Shirl and Completed Pass in deep stretch to win by a head in Sunday’s $75,000 Get Serious Stakes at Monmouth Park, making the son of Verrazano 2-for-2 in stakes grass sprints at the track this year.

Archidust is now 3-for-3 on Monmouth Park’s turf course, all in stakes sprints.

“He’s a pretty easy horse to ride,” said winning jockey Hector Diaz, Jr. “He broke running. He has tactical speed to be right there early and he has a gear at the end. When you ask him he responds. All you need to do is keep him out of trouble and have a nice trip and he is going to do the rest.”

Archidust was forwardly positioned in the 5½-furlong dash, with speedster Satellite Storm carving out modest early fractions of :22.69 for the opening quarter and :45.45 to the half in the field of nine 3-year-olds and up.

“I was able to save a little ground early because I knew as soon as I switched him to the outside he was going to go,” said Diaz. “The other two horses hung in there gamely. My horse just ran them down. He’s always good. He always tries.”

Owned by Crawford Farms Racing, Archidust is now 7-for-14 overall for his career, 4-for-6 on the turf.

He also won a dirt allowance sprint at Monmouth Park on June 22, 2019, meaning he is 4-for-4 overall at the track.