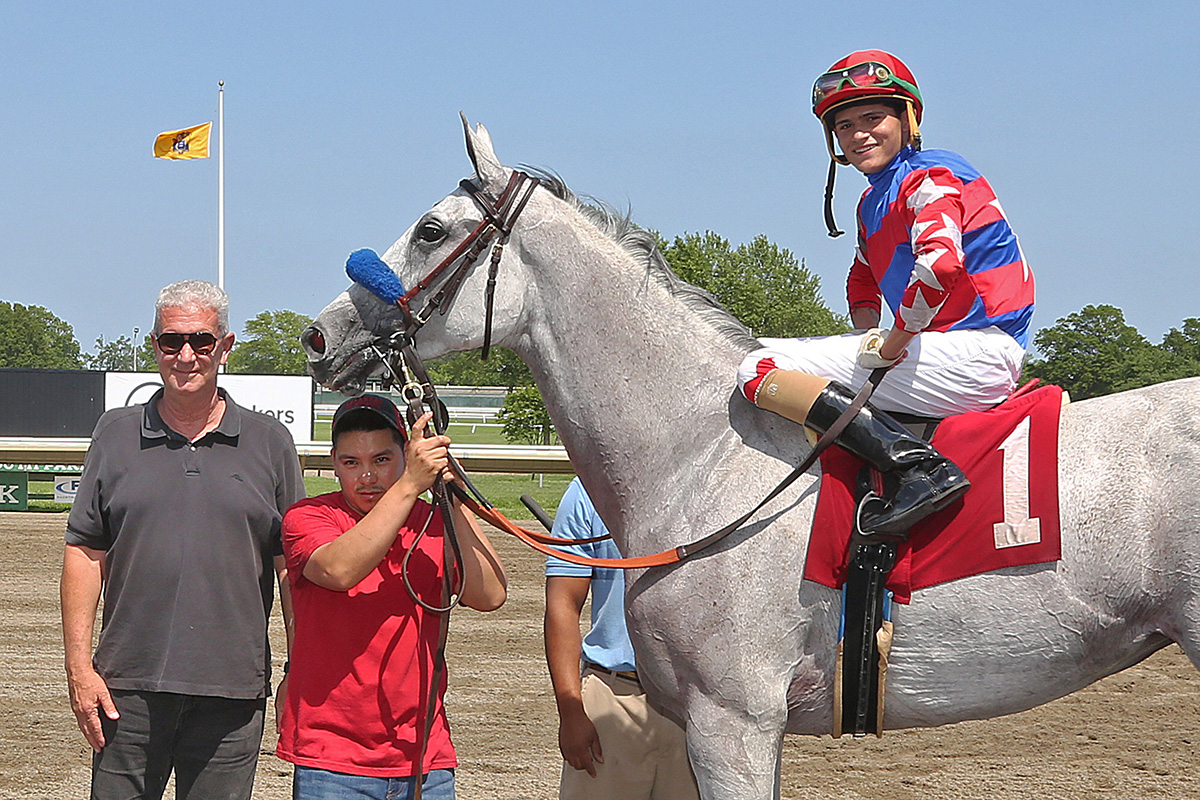 Riding for Hall of Famer Jerry Hollendorfer, Sosa scored a gate-to-wire victory aboard Road Test on May 30. It was quick validation for a triple bug apprentice whose first career mount came April 1 at Tampa Downs.

Dan Ward, the long-time assistant to Hollendorfer who oversees the Monmouth Park string, gave the mount aboard Road Test to Sosa as a reward for working the horse in the morning.

“He’s been working some horses for us and he worked this horse,” said Ward. “So we said `let’s give him a shot.’ There was no hesitation putting this guy on.”

Sosa, who started as a hot walker four years ago, has two victories in 18 career rides through Saturday. His first-ever win came aboard Sea Trident on April 22 at Tampa Downs in the eighth mount of his career.

“This is my first time in New Jersey,” said Sosa, who moved to the United States when he was six. “I love it. The people are amazing. The people are so professional here. It’s a completely different environment.”

Sosa, who plans to call Monmouth Park home for the duration of the summer, has deep roots in horse racing. His father was a jockey and his mother is a hot walker at Tampa Bay Downs. When Sosa first started hot walking, and then galloping, he did so for trainers Arnaud Delacour and Michael Stidham. It was Delacour who encouraged him to get his jockey’s license.

Sosa does not have to look far for a role model when it comes to riding. He shares Dylan Fazio as an agent with Isaac Castillo, who is currently second in the Monmouth Park jockey standings. Castillo has a reputation for being one of the hardest works in the riding colony.

“I’m going to keep riding, keep working hard,” Sosa said. “I have to just keep putting in the work. Now that I have the first winner there’s no slowing down.”