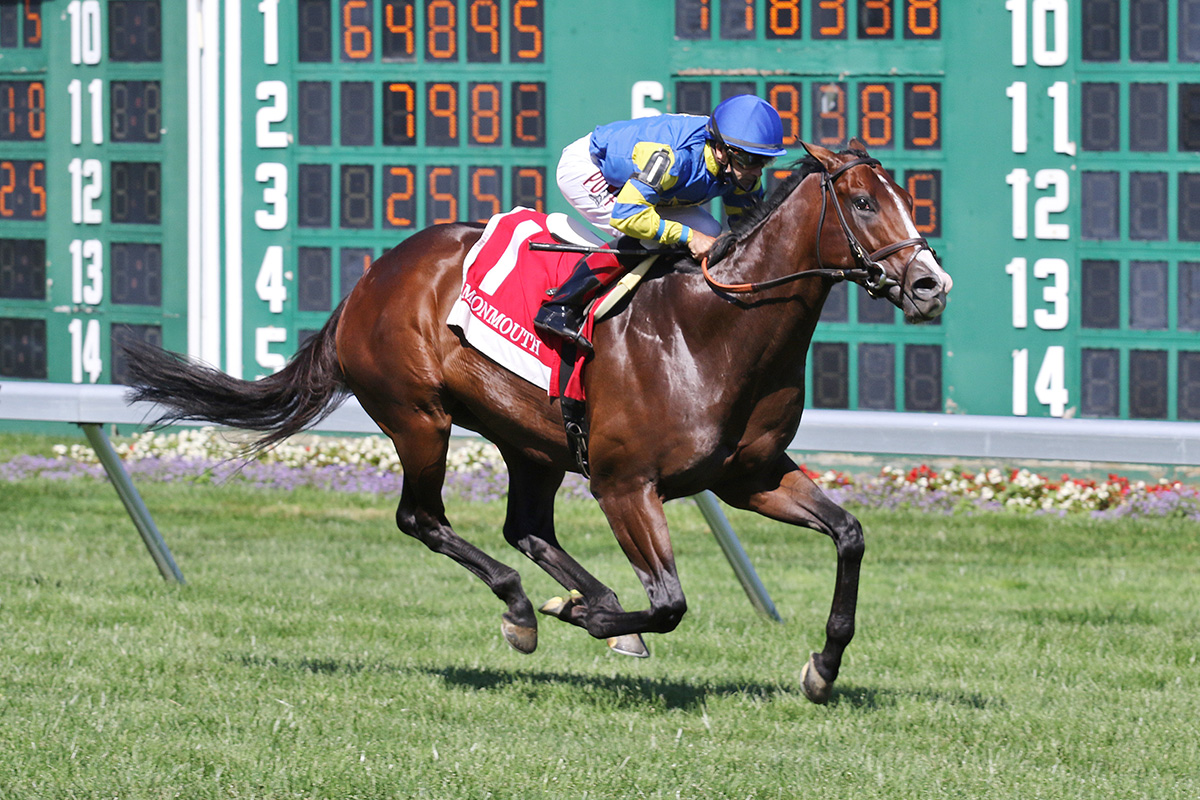 “I would say after this that he is back – 1:35 and change is impressive,” said Cabrera, who oversees trainer Chad Brown’s string at Monmouth.

Idle for 22 months, the multiple graded stakes winner made short work of his six rivals in scoring a sharp 1¾-length victory in the 47th edition of the Red Bank Stakes.

Last seen finishing a close-up third in the Breeders’ Cup Mile on Nov. 3, 2018, Analyze It flashed the talent that saw him finish second twice, by a head and a neck, to Catholic Boy two years ago.

“We weren’t concerned about the layoff the way he has been working to come back for this,” said Cabrera. “He just had a few problems, nothing serious. He has been working very good for this so we had high expectations.”

With jockey Joe Bravo saving ground along the rail behind dueling leaders Abiding Star and Irish Strait through an opening quarter in :24.24 and then :48.55 Analyze It was eager for room entering the final turn. Bravo found a crease coming out of the turn and Analyze It blew past the front runners.

Megacity rallied for second, 2½ lengths ahead of Abiding Star.

“It’s so nice when you deal with the best of the best,” said Bravo. “He came over to the track with so much professionalism, so relaxed. Just by his demeanor you can tell he’s a good one.

“He broke alertly and what makes him such a professional is he has been taught to turn it off and relax. Good horses make creases. He made his. He has run against the best of the best. This was a good spot for him to come back. He should get some confidence from this.”

Now sporting a 4-3-1 mark from nine career starts, the son of Point of Entry, owned by William H. Lawrence boosted his lifetime earnings to $849,400.