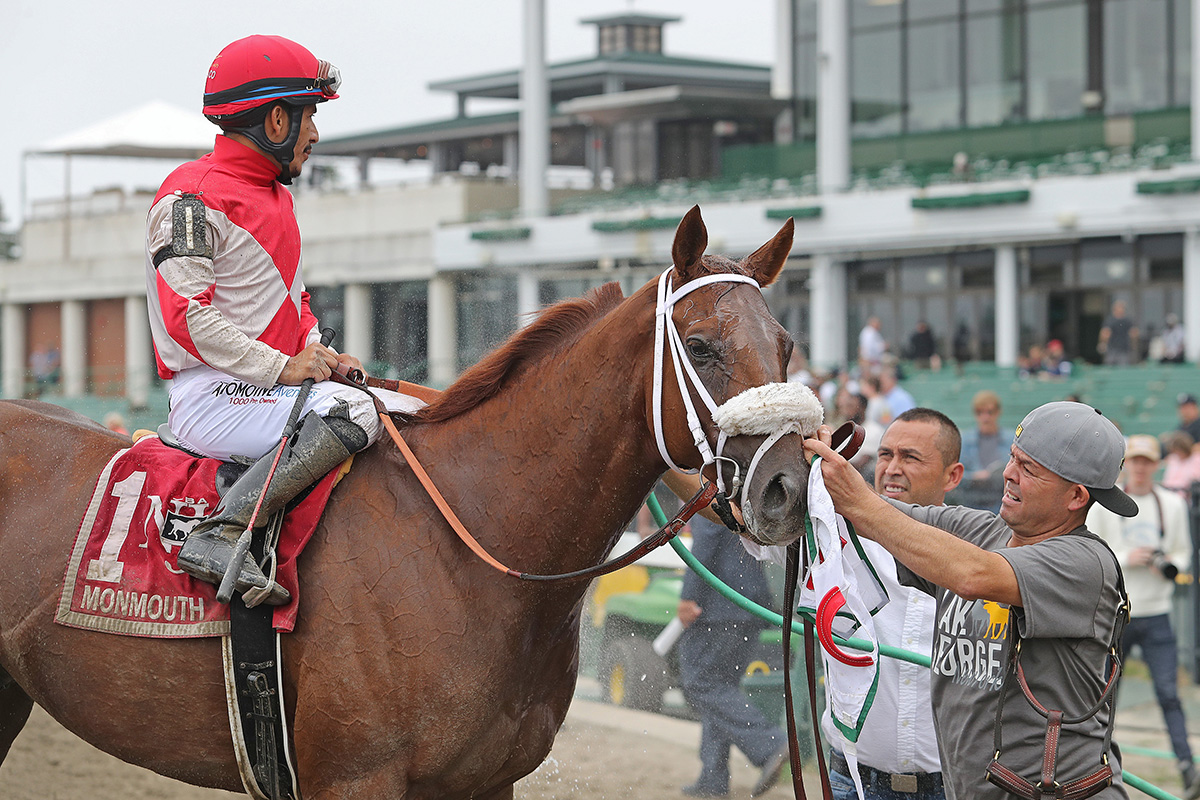 Three weeks after he won his first stakes race as a trainer, Silvino Ramirez is looking for his second one, but with a couple of challenging twists.

Amatteroftime, a handy 4¾-length winner of the $125,000 Charles Hesse III Handicap in his last start on Aug. 29 at Monmouth Park, will not only shorten up from a mile and a sixteenth to just five furlongs in Sunday’s $85,000 Joey P Handicap for Jersey-breds, he will also be trying the turf for just the second time in his career after excelling on the dirt.

The Joey P. will go as the 10th-race on Monmouth Park’s 12-race Sunday program.

Silvino, 40, is in just his second year of training after owning horses the previous five years. Prior to that he worked for trainer Ben Perkins, Jr.

“I was with Ben Perkins for about 12 years,” said Silvino, who hails from Guerrero, Mexico. “He taught me some things. I learned a lot from him. So I decided I wanted to try to do it myself.”

Amatteroftime has the added challenge of facing a strong field of Jersey-breds in the Joey P.

The 11-race field (not counting one alternate) is headlined by Golden Brown, who is in form and looking to boost his career earnings to more than $700,000 for trainer Pat McBurney. In addition, Quiberon Bay comes off a second-place finish in the Irish War Cry.

Amatteroftime has won at six furlongs but has never tried five furlongs.

“Honestly, it’s a tough field,” said Ramirez. “The distance won’t help him. But it’s the end of the meet so we’ll take a chance and see what happens.”