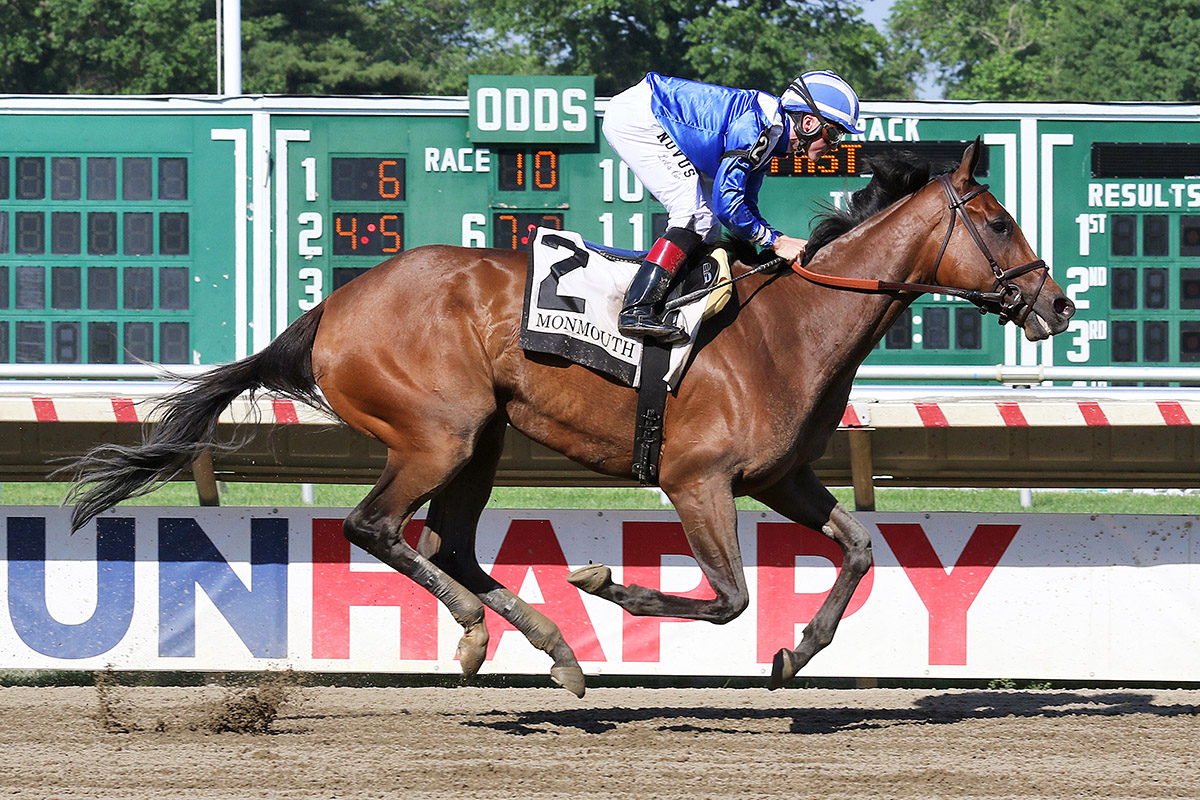 No matter what challenges trainer Chad Brown throws at the lightly-raced Altaf she seems to handle each one more easily than the last.

Facing stakes company for the first time in her brief career while also trying two turns for the first time, Altaf had no problem with either, rolling to a 2½-length victory in the 32nd edition of the Lady’s Secret Stakes on Sunday at Monmouth Park.

The 4-year-old daughter of Medaglia d’Oro-Fawaarek by Smart Strike was making just her fourth career start, having graduated from the first level allowance ranks in her 2021 debut on April 18 at Aqueduct.

“This is a very good filly. We’ve been waiting on this filly for a long time because we could tell she was talented,” said Luis Cabrera, who oversees Brown’s division at Monmouth Park. “She has been worth waiting for.”

The 4-5 favorite in the field of six fillies and mares 3 and up, the Shadwell Stable-owned Altaf was placed in perfect striking position behind early leaders Velvet Crush and Gibberish, who ran in tandem through early fractions of :24.15, :47.52, 1:11.62 and 1:32.19.

“I liked what I saw in the paddock,” said Davis. “She’s a nice, big filly and when I got on her she handled herself professionally. She has a nice, big stride.

“Coming out of the gate I just wanted to break well and be in good striking position. Once I did that I was very happy with what I saw in front of me. It was a good enough pace and I was able to get outside into the second turn and just let her get her stride going and once I did that it was over.”

Davis tipped Altaf to the outside entering the final turn and she easily overtook the leaders from there.

Cabrera said there were never any distance concerns with Altaf, who has won three of her four career starts (and all three on dirt).

“She can go longer if we ask her to. She has long strides,” said Cabrera. “Two turns are not a problem for her.”

But there was still plenty to be dazzled by for a horse with such little racing experience.

“It’s very impressive for any horse to easily handle the jump in competition and the different challenges the way she has,” said Davis. “She can be a nice filly. She ran great today and she has room to improve.”

Gibberish held for second, 3¼ lengths ahead of Landing zone.