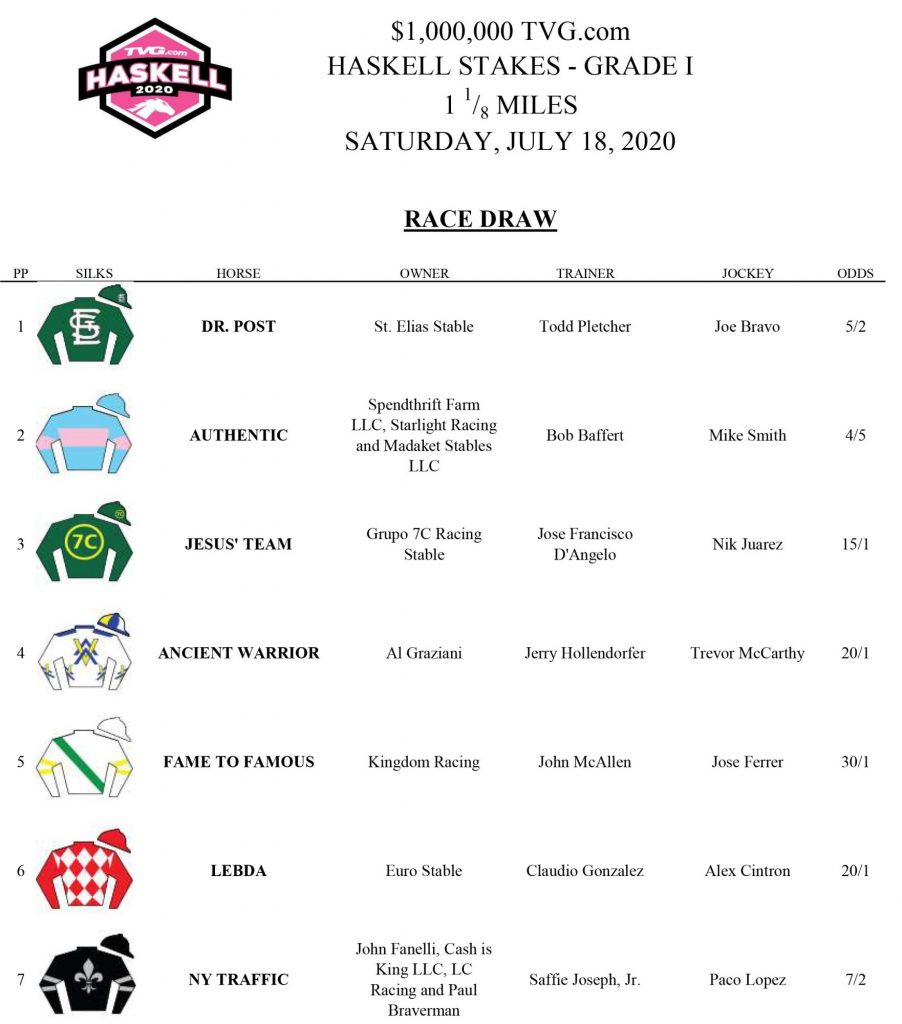 Monmouth Park announced Wednesday that it has been authorized to put an additional 500 general admission tickets on sale for Saturday’s TVG.com Haskell Stakes, with the release of those tickets starting at 6 p.m. at www.monmouthpark.com.

The newly-approved picnic area general admission tickets will be available for $100 apiece and include admission, a Haskell hat, a program and parking.

In addition, 500 more tickets will be put up for sale as part of a special package by the Blu Grotto restaurant, which has expanded its footprint to cover the Northern-most part of the Monmouth Park picnic area. Those tickets cost $150 each and include admission and a four-hour bar service.

Ticketholders for the Blu Grotto special packages will be admitted through the picnic area entrance gate. As part of social distancing protocols, Monmouth Park will utilize multiple entrances on both the Clubhouse side and Grandstand side on Haskell Day.

The Blu Grotto special package tickets will also go on sale at 6 p.m. on the track’s web site.

First race post time for the Haskell is noon.