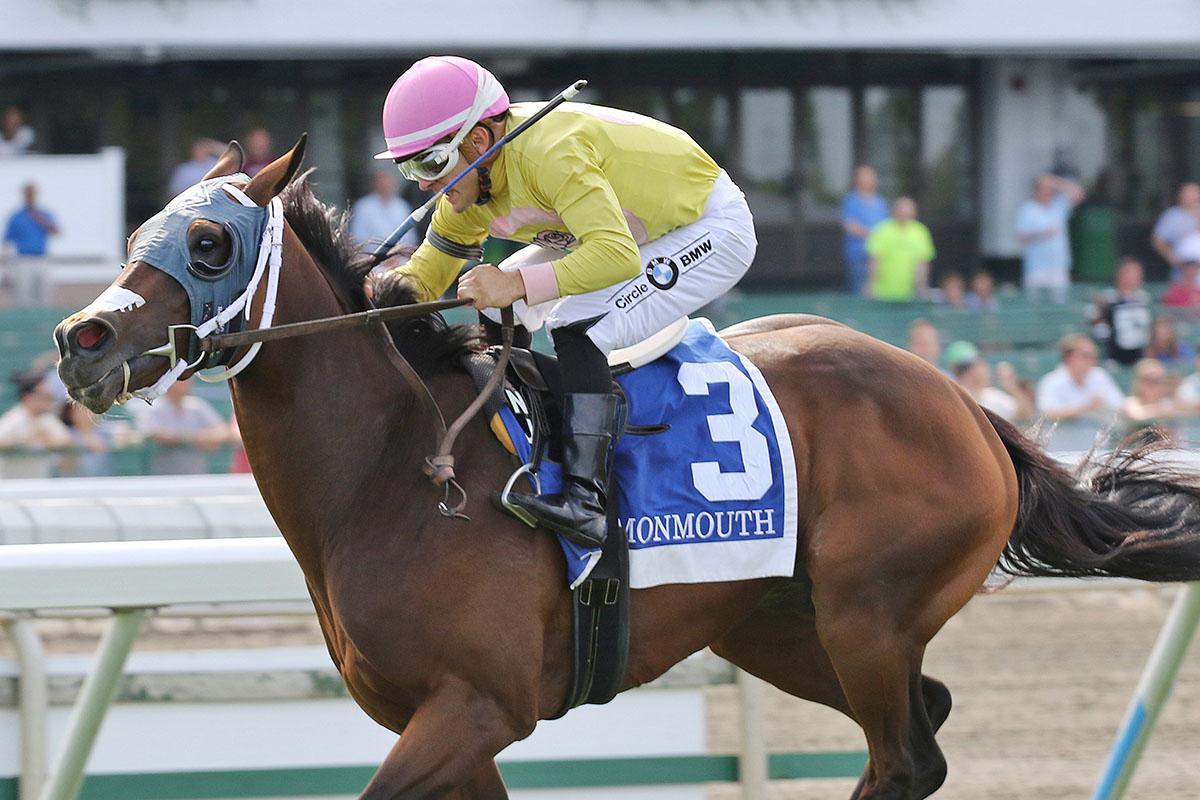 In a result he hopes is a prelude to Sunday’s TVG.com Pegasus Stakes with Maximum Security, Jason Servis saw another one of his 3-year-old standouts turn in a sharp performance as A Bit of Both captured the featured $75,000 Honey Bee Stakes by 2½ lengths on Saturday at Monmouth Park.

A Bit of Both, trying grass for the first time, posted her fifth win in six career starts. She has never been worse than second.

Maximum Security, meanwhile, heads the field for the $150,000 Pegasus Stakes for 3-year-olds on Sunday at Monmouth. The start would be the colt’s first since he crossed the finish line first in the Kentucky Derby on May 4 before being disqualified and placed 17th for interference.

The Pegasus Stakes, the final local prep for the $1 million TVG.com Haskell Invitational on July 20, has attracted a field of six.

A Bit of Both, a private purchase by Michael Dubb, Madaket Stables and Darsan Inc. after she won her debut by 11¾ lengths at Gulfstream Park last Sept. 18, has won by a combined 30¼ lengths in her five career victories.

The speedy daughter of Paynter-Lizzie K by High Fly covered the 5½ furlongs in 1:03.31, paying $5.40 to win as the favorite in the field of nine. Queen of Bermuda was second, 1¼ lengths ahead of Missmizz

“I had a feeling she would be as good on the turf as she has been on dirt. She ran good,” said Servis. “I was a little surprised she went right to the front and showed the same speed on turf as she has on dirt. You never really know with that.

“She got a little distracted in the stretch and that worried me a bit but it worked out. Now we have some options with her. She’s a talented filly.”

The only anxious moment with A Bit of Both occurred from mid-stretch on, when she drifted to the grandstand side of the turf course. She wound up on the opposite side of the track as the runner-up.

“First time on the grass, I think she was trying to figure it out a little,” said jockey Nik Juarez. “She was a bit green today on the grass. But you can tell that she is a good one.”

Sunday’s 13-race Father’s Day card includes free admission for all gentlemen and will feature drawings for tickets to Mets, Yankees and Phillies games, as well as the Lakewood Blue Claws and the Haskell Invitational.

The Pegasus Stakes, at a mile and a sixteenth, will go as the 10th race, with an approximate post time of 5:00 p.m.

Maximum Security, who won the Grade 1 Florida Derby and has crossed the finish line first in all five career starts, has been installed as the 1-2 morning line favorite in the Pegasus Stakes.