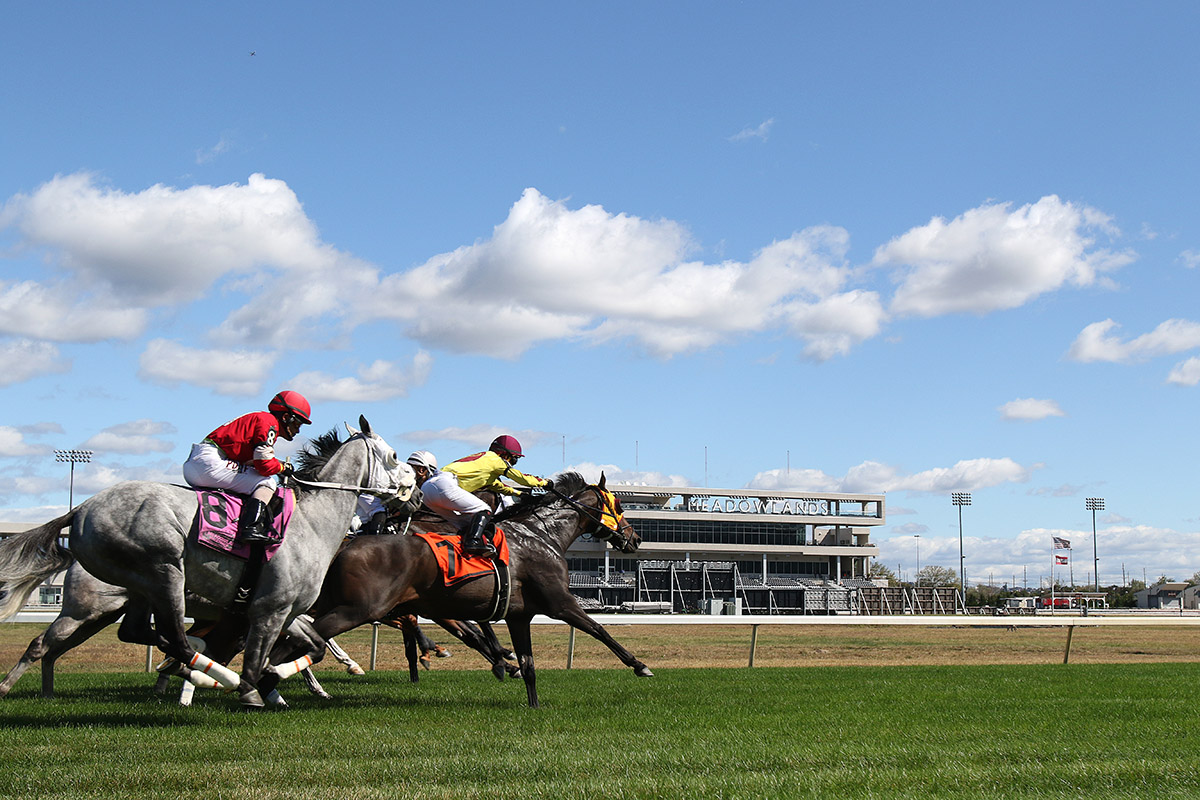 EAST RUTHERFORD, N.J. – Seventy-six horses are entered for the six all-turf races on Friday at the Meadowlands Racetrack, a program that will kick off the penultimate weekend of the 2019 Thoroughbred racing season in New Jersey.

Three of the six races on the Friday card have attracted 14 horses, counting also eligibles, one has drawn 13 and another has a scheduled field of 12.

First race post time at the Meadowlands is 12:30 p.m., with the final two all-turf cards of the year at the East Rutherford facility taking place Friday, Oct. 25, and Saturday, Oct. 26.

Thoroughbred racing resumes on Sunday, Oct. 20, with a nine-race card at Monmouth Park, the 60th program of the 61-day meet.

The final Monmouth card of the season will take place Sunday, Oct. 27.

Jorge Navarro has already clinched the training title with 66 winners (Jason Servis is the current runner-up with 40), which will extend his record to seven straight years of capturing top training honors at Monmouth Park.