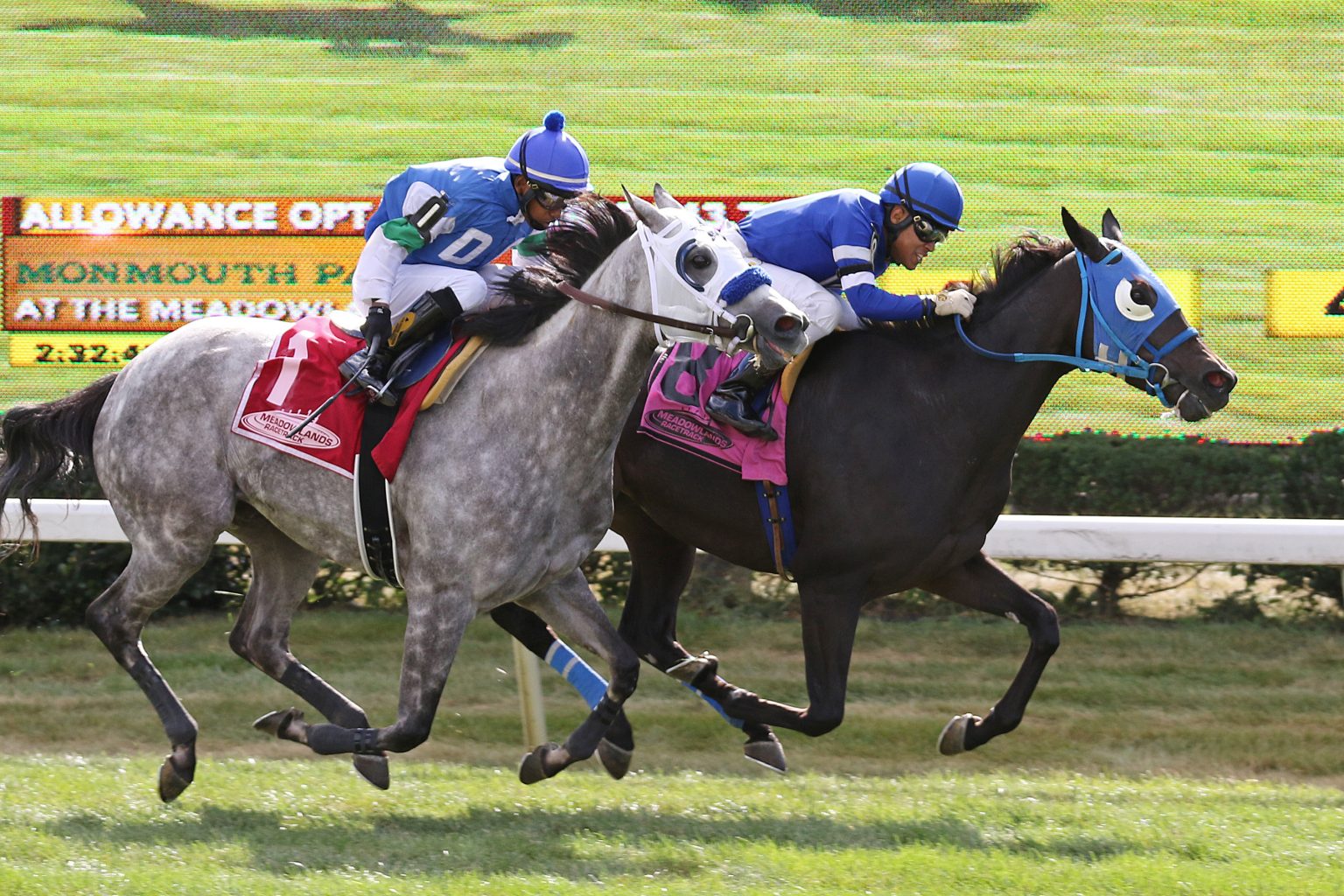 Single Broad, the longest shot in the field at 63-1, surged up the rail to end a 20-race losing streak by scoring a neck victory on Friday in the featured $43,750 allowance optional claiming sprint on the first day of the all-turf Monmouth at Meadowlands meet.

Trained by Tim Kelly, who had been 0-for-49 on the year, Single Broad rallied from third place coming out of the turn and then engaged Irish Fix for the final sixteenth of a mile before poking a neck in front at the wire. It was another length back to Bramble Bay.

The 6-year-old mare returned $129.80 to win in posting her first victory since Oct. 22, 2017. It marked her fifth lifetime victory from 51 career starts and her first on the grass.

All-turf Thoroughbred racing will continue at the Meadowlands on Fridays and Saturdays throughout October, with the exception of Saturday, Oct. 19, when the 99th steeplechase meet takes place at Far Hills.

Monmouth Park is conducting live racing on Sundays in the month of October.