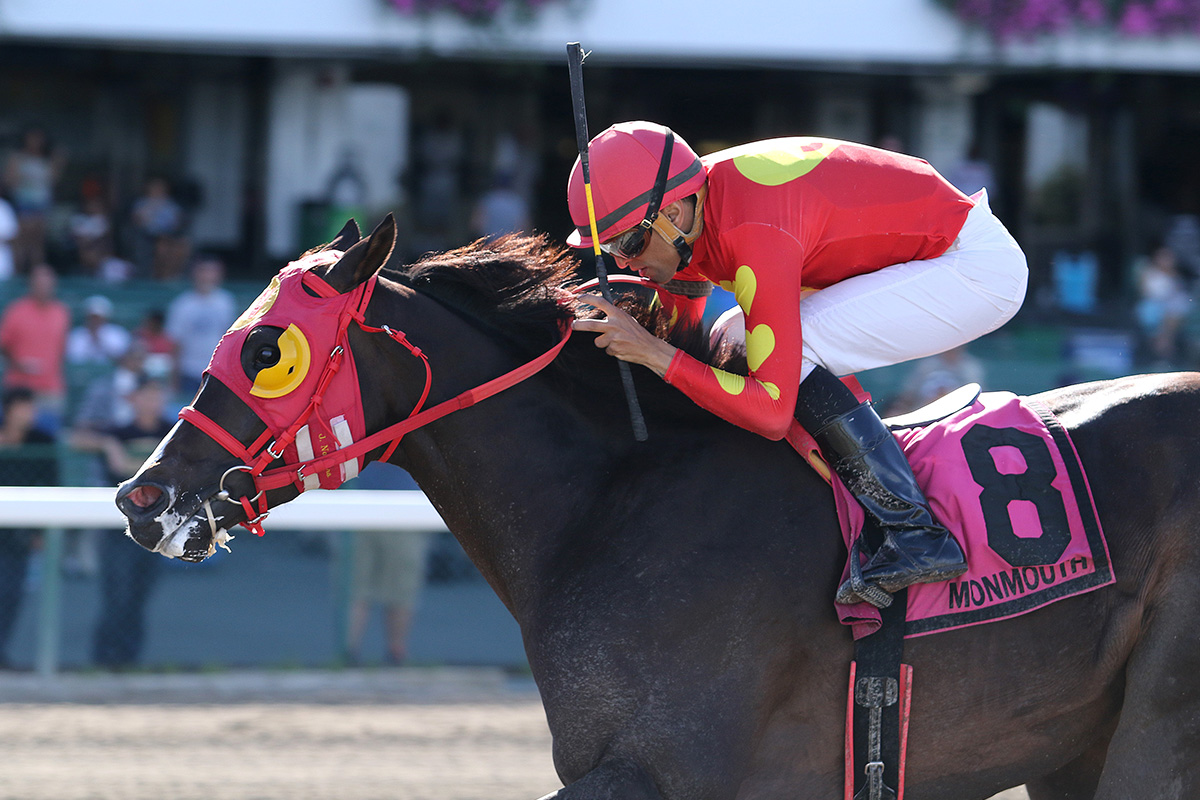 First Deal, a horse that trainer Jorge Navarro said hates the mornings but loves the afternoons, continued to pay big dividends on his modest purchase price with a sharp 3½-length victory in Sunday’s $75,000 Jersey Shore Stakes at Monmouth Park.

Purchased for $17,000 at the Ocala Breeders’ Sales as a 2-year-old last year, First Deal notched his fifth win in eight lifetime starts, all this year. He has never been off the board, with the lone third-place showing of his career three races ago against 3-year-old sprint sensation Shancelot.

“I’m not taking the credit for this one,” said Navarro, who is well on his way to a record seventh straight Monmouth Park training title. “I have to give credit to my guys – my assistants. From day one they told me how nice a horse this was. He’s just not the type of horse I like to train. He’s lazy and slow in the morning. But they kept telling me `train him, train him, train him. He’s doing good.’ They were not lying.

“I can’t believe he wakes up in the afternoon. He’s so lazy. His workouts are in 50 (seconds) and change. Usually my workouts are 46 or 47 seconds. That’s just the type of horse he is. You put him in a race and he’s a completely different horse.”

Following a dazzling victory in his last start, Navarro opted to try stakes company for the first time with the son of Turbo Compressor-Afleet Memories by Afleet Alex.

As a four-horse speed duel developed early, jockey Hector Diaz, Jr. was able to bide his time behind the early leaders before sweeping wide coming out of the turn and simply running away from the field. Bronzed, coming off a victory in the Lookin at Lucky Stakes on June 2, was second. It was another 1¾-lengths in third to the Navarro-trained Admiral Lynch.

“Jorge Navarro told me the first time I rode this horse (last race) `just help him out of the gate. I don’t know the reason but he’s a little lazy.’ I did it and he was very good once he got running, just like this race,” said Diaz. “I was patient this race because I knew they were flying up front. This is a good horse. After the big number he ran in his last race against older horses I thought he deserved this chance in a stakes race. I was confident coming into this race. The trip was perfect. You think about a plan in your head before the race and that’s how it worked out.”

Navarro also owns half of First Deal, too.