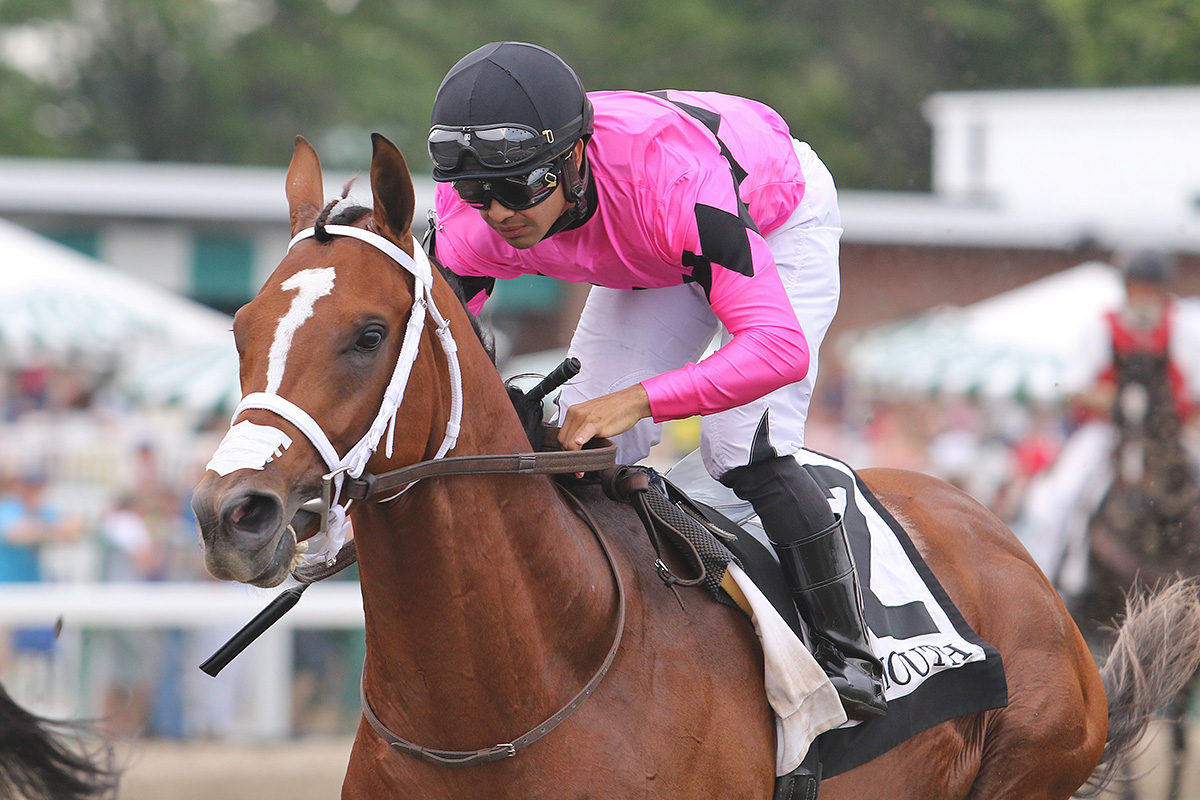 The second half of a wide-open 3-year-old season will begin in earnest with the 52nd edition of TVG.com Haskell Invitational on Saturday, July 20, with 52 horses receiving invitations to Monmouth Park’s showcase race, it was announced today by director of racing and racing secretary John F. Heims and stakes coordinator Lynn T. Ott.

The Grade 1 Haskell, at a mile and an eighth for 3-year-olds, carries a $1 million purse and will be televised nationally by NBC-TV.

The winners of all three Triple Crown races were formally invited, as was Maximum Security, the first horse to be disqualified from first place in the Kentucky Derby.

Maximum Security, trained by Jason Servis and stabled at Monmouth Park, will be looking to re-assert his dominance in a muddled 3-year-old season.

The Haskell Invitational has been designated a “Win and You’re In” race for the Breeders’ Cup Classic.

Maximum Security is one of four horses from Servis’ barn to receive an invitation to the Haskell. Stablemates Direct Order, Final Jeopardy and Grumps Little Tots were invited as well.

The winners of the two local Haskell prep races were also extended invitations: Long Branch Stakes winner Joevia, trained by Monmouth Park-based Gregg Sacco and coming off a solid third-place finish in the Belmont Stakes, and the Todd Pletcher-trained King for a Day, who defeated Maximum Security by a length in the TVG.com Pegasus Stakes on June 16.

The complete list of horses invited to the TVG.com Haskell Invitational:

King for a Day