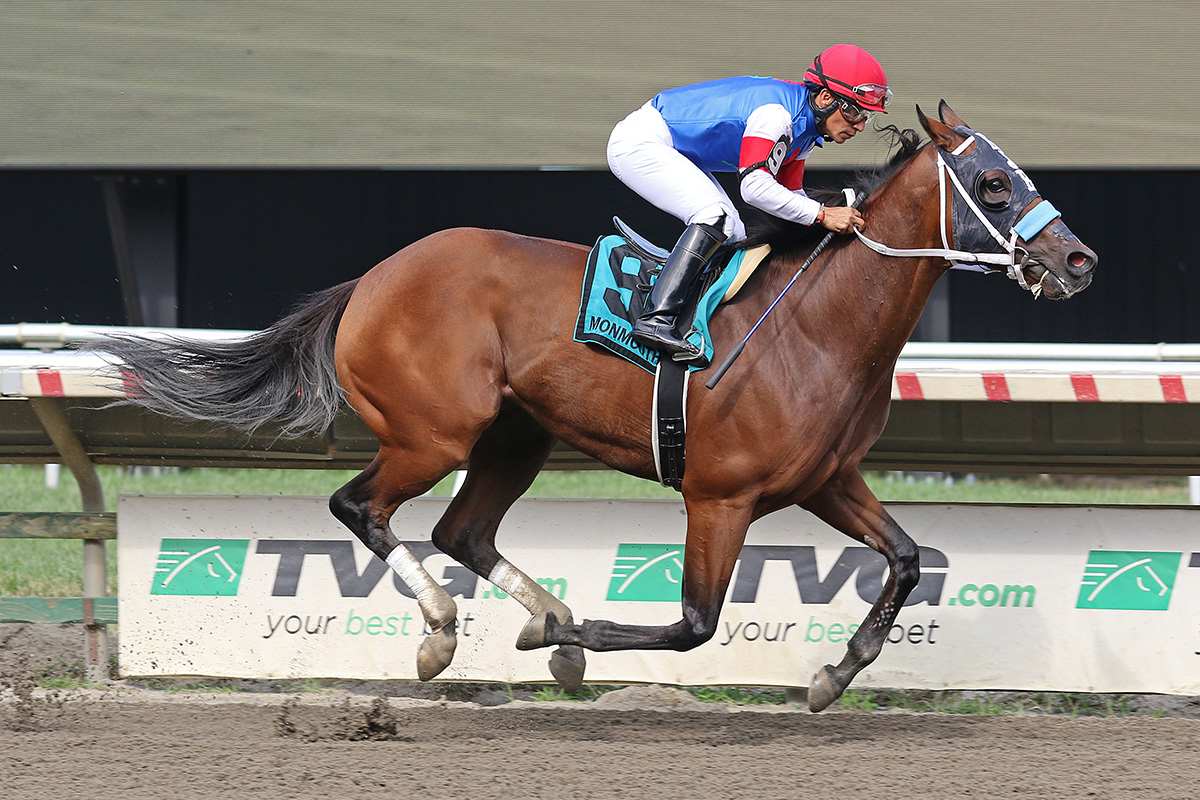 Trainer Kelly Breen knew he was rolling the dice a little by trying He’spuregold on the dirt for the first time in his career on Sunday on Monmouth Park.

But he also saw enough in the morning from the 4-year-old gelding to give it a try.

Shortly after being named New Jersey’s Champion Turf Runner for 2021, He’spuregold made his dirt debut a winning one with a 2½-length victory in the $125,000 Charles Hesse III Handicap, the feature race on the New Jersey Thoroughbred Festival card.

The victory by He’spuregold, who was last in the Grade 1 United Nations in his last start, was the fifth in 14 career starts for the Bowers homebred.

Earlier on the all-Jersey-bred card, Speaking impressed with a 1½-length victory in the $100,000 New Jersey Breeders’ Handicap for trainer Eddie Owns, while I Can Run roared from off the pace for leading trainer Claudio Gonzalez for a 1¾-length win in the $100,000 Eleven North Handicap.

He’spuregold was able to stick close to early leader Prendimi in plodding early fractions for the mile and a sixteenth Hesse, and had plenty left when the running started.

After early fractions of :25.13, :49.94 and 1:13.74, He’spuregold sprinted away from the field late, with Golden Brown rallying for second, two lengths ahead of Irish Meadow.

The winning time was 1:44.15, with He’spuregold, a son of Vancouver, returning $5.60 as the favorite in the eight-horse field.

“I was worried a little bit about him being on the dirt for the first time,” said Lopez. “The past couple of times he has worked on the dirt he didn’t work the best but I knew he can handle it. So I was a little concerned about it.

“I wanted to come from behind, maybe be a couple of lengths off, but no one wanted to take the lead. It was very slow early so my horse was up close right off the leader. This is a very classy horse. He probably showed a little more speed when the 10 horse (Amatteroftime) didn’t break and with the fractions being so slow. So I had a good position and a good break. Everything worked out for us.”

Speaking, who has won against both state-breds and in open company, was vigorously urged to the early lead by jockey Albin Jimenez in the six-furlong New Jersey Breeders’ Handicap and was never seriously threatened. The winning time was 1:09.57, with Speaking returning $5.60 to win.

Dr. Doyle was second, a neck better than Pianzi.

Owens said he would point Speaking to the Grade 2 Vosburgh at Aqueduct on Oct. 8.

I Can Run provided jockey Carlos Rojas with his first career stakes victory with his late-running win in the Eleven North, with the 3-year-old daughter of Tourist covering the six furlongs in 1:11.38.

Roselba took the eight-horse field to the half in :44.92, setting up I Can Run’s furious rally. Alta Velocita was second, one length ahead of a tiring Roselba.

It marked I Can Run’s first career stakes victory in her 12th lifetime start.