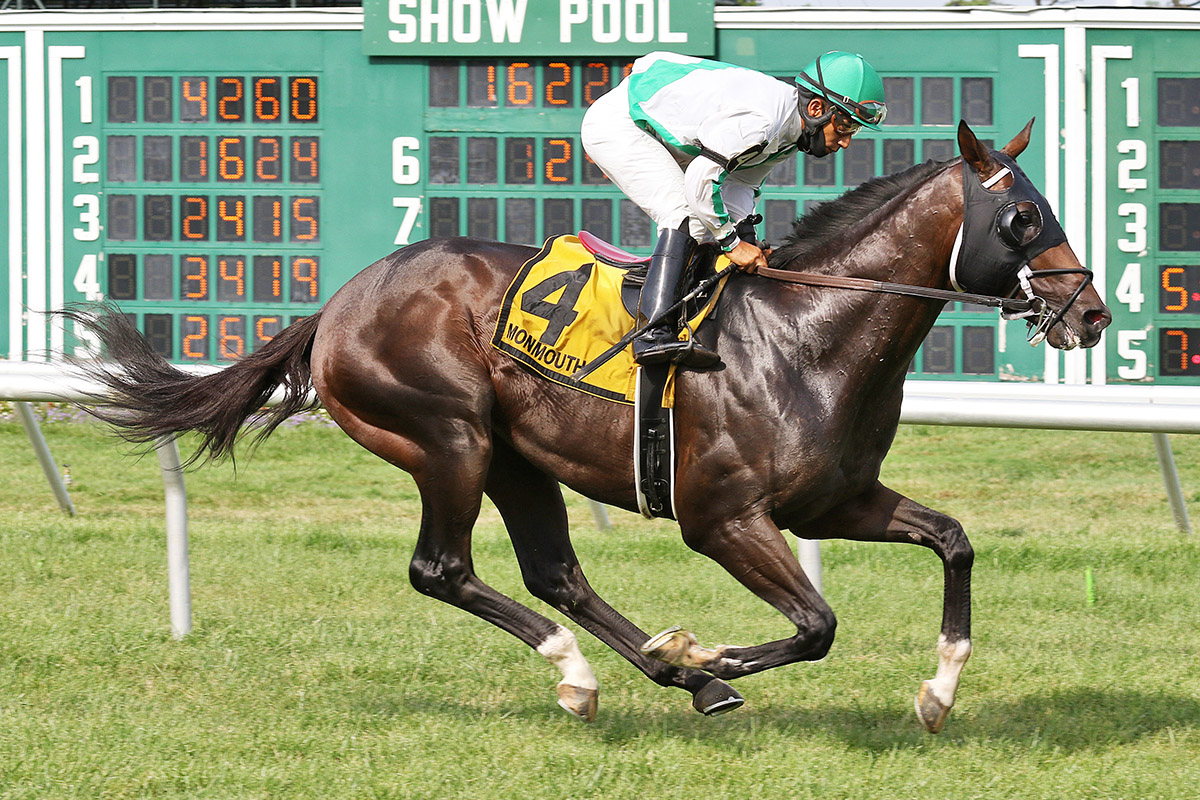 After seeing Vanzzy run one of the better races of his career in winning last year’s Jersey Derby at Monmouth Park, trainer Michael Pino is hoping to recapture some of that magic when he sends the colt out in Saturday’s $150,000 Red Bank Stakes.

Now 4, Vanzzy heads into the one-mile grass race that serves as the feature on Monmouth Park’s 12-race card off two solid efforts to start his 2021 campaign.

“He was a little unlucky in his first start of the year (a third-place finish at Pimlico on July 11),” said Pino. “He threw a shoe in the paddock and got a little too keyed up. After he broke he wanted to run off with the rider and never settled at all.

“But he ran well all things considered and then came back and won his second time out (at Delaware Park on July 31) despite some trouble.”

Pino said the son of Verrazano “is a stronger horse this year.”

He will have to be Saturday, despite the short field. Among the six entered for the turf are the Mark Casse-trained Proven Strategies, who comes off a strong third-place finish in the Grade 2 Connaught Cup at Woodbine on July 18, and the Chad Brown-trained Value Proposition, listed as the 4-5 morning line favorite. Value Proposition ships in from New York for the race, with Paco Lopez listed to ride.

“Mark Casse’s horse has speed but Vanzzy should be forwardly placed,” said Pino. “Obviously, Chad Brown’s horse off the numbers looks like the horse to beat in the race. But you’ve got to run against that kind every now and then.

“Vanzzy is definitely a more mature horse this year and a stronger horse. I know we’re going to see some strong races out of him. I’m planning and hoping that happens.”

Vanzzy, owned by Smart Angle LLP, has generally held his own through his 14-race career, with five wins, a second and a third and career earnings of $280,364. He shows two wins and two thirds in seven turf tries, the most notable being at a mile and a sixteenth in the 2020 Jersey Derby last year.

Pino has also entered Bird King in the race, with the 4-year-old gelding looking to make his turf debut after 16 dirt races.