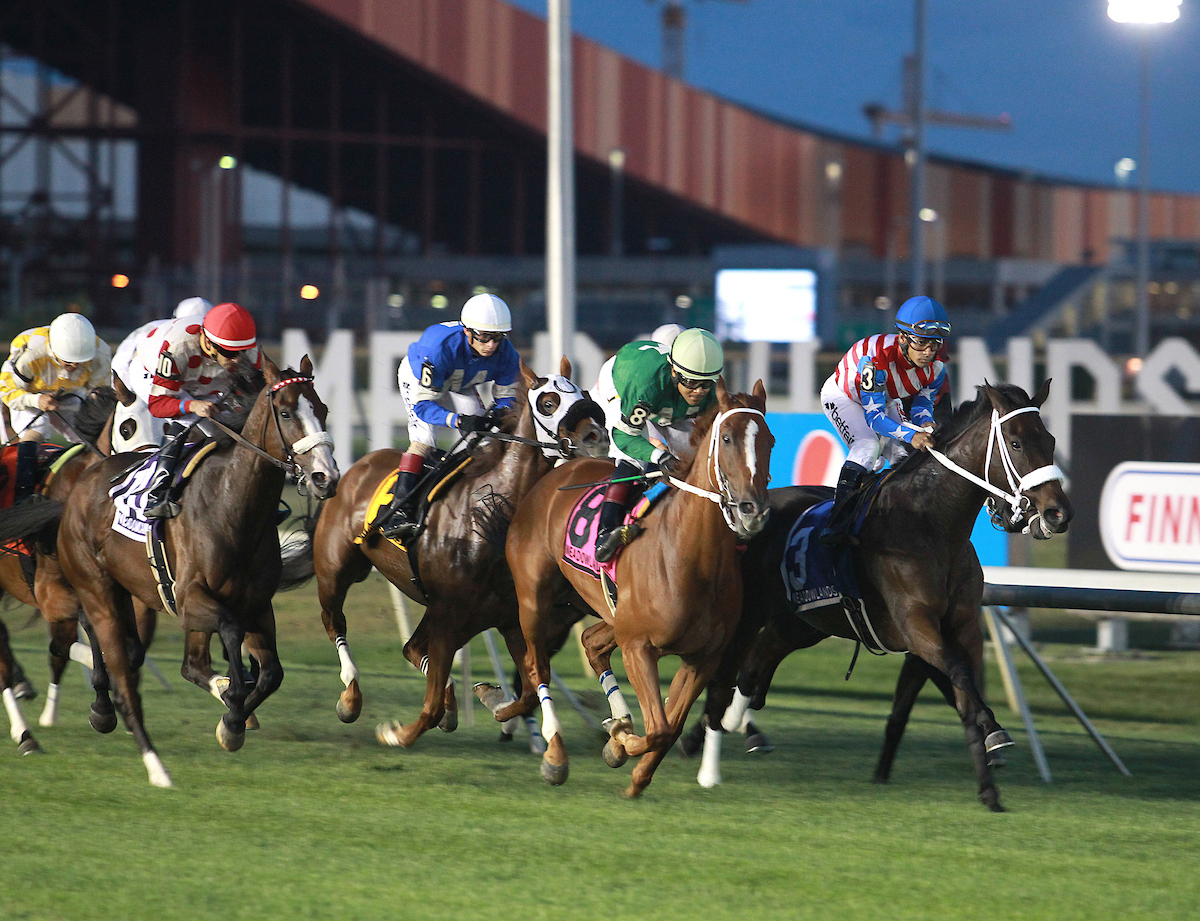 The final weekend of the 2019 New Jersey Thoroughbred season kicks off Friday with 78 horses entered for the six all-turf races at the Meadowlands Racetrack before wrapping up with a mandatory Jersey Shore Pick 6 payout during Monmouth Park’s closing day card on Sunday.

The Meadowlands will also hold six all-turf races on Saturday to conclude its abbreviated seven-day October meet. Seventy-four horses have entered for Saturday.

The final program of Monmouth Park’s 61-day meet will feature a Jersey Shore Pick 6 carryover of $43,252 as well as a jockey’s race that may not be decided until the very end of the card.

Lopez and 13-time riding champion Joe Bravo are the only jockeys in Monmouth history to win five or more riding titles.

Jason Servis, who has saddled 40 winners to this point, will finish as the runner-up in the trainer standings. He is currently five wins ahead of Kelly Breen.

Friday’s Meadowlands card features a minimum of 11 horses in all six races, with 14 entered (counting alternates) for each of the final four races.

A Maiden Special Weight race at a mile for 2-year-old fillies highlights the Friday card, with trainers Michael Stidham and John Servis each having entered two horses.