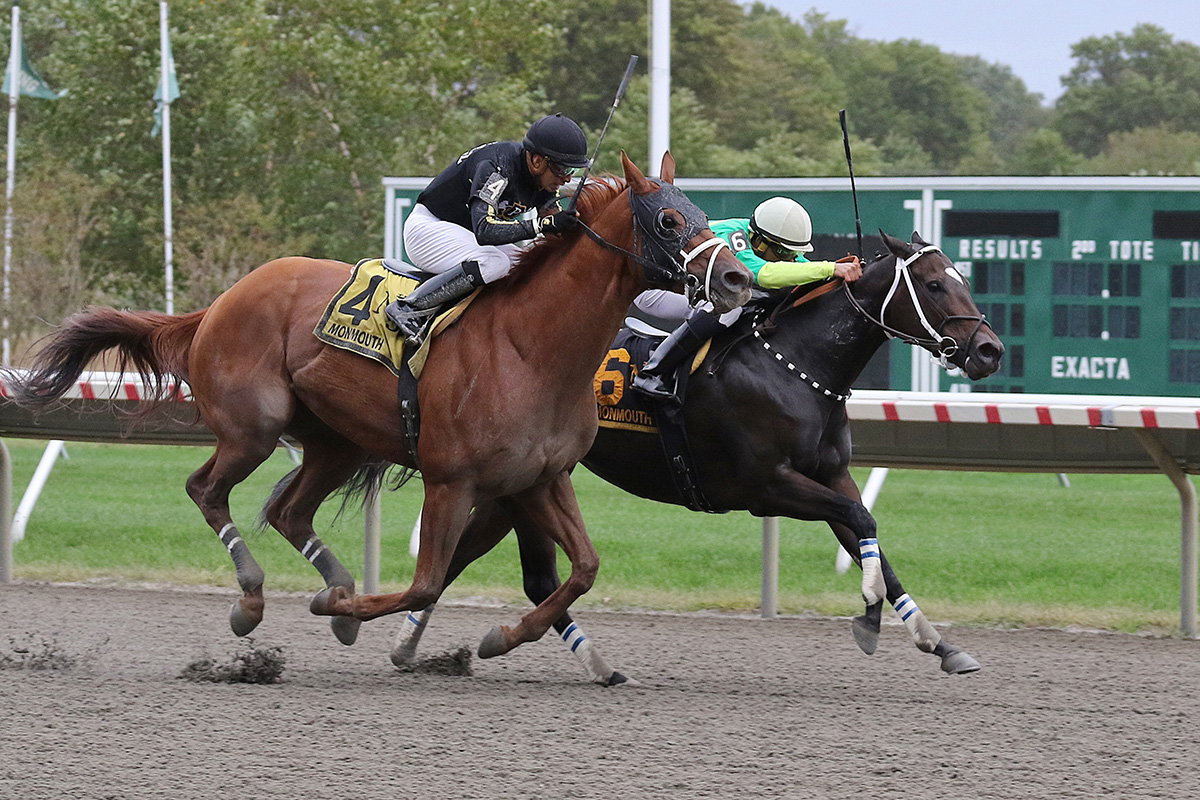 Crazy Daisy, the only female in a field of eight Jersey-breds, got the jump on 2-5 favorite Love Is Your Name coming out of the final turn and then had enough to hold on determinedly following a stretch-long duel to capture the featured $62,500 allowance optional claimer by a head on Sunday at Monmouth Park.

“It’s not the first time I’ve run a filly or mare against boys,” said Penaloza. “Every time I do it’s because I think they fit in the race. I was very confident she would run well.”

A 5-year-old daughter of Sky Mesa-Shezacrazygirl by Ide, Crazy Daisy had competed in four Jersey-bred stakes races at Monmouth over the summer, all against females, with only a second and third to show for it.

The drop to an allowance optional claimer, despite being against males, gave her the class relief she needed.

Floated four-wide on the first turn, Crazy Daisy moved up to second in the backstretch, a half-length off of early leader Bridge to Brooklyn. Coming out of the final turn she beat Love Is Your Name to the lead. The two then went nose-to-nose the length of the stretch.

It was another six lengths back in third to Magical Jaime.

The victory was the seventh in 42 career starts for Crazy Daisy, who is owned by Lyno E. Maraspin.