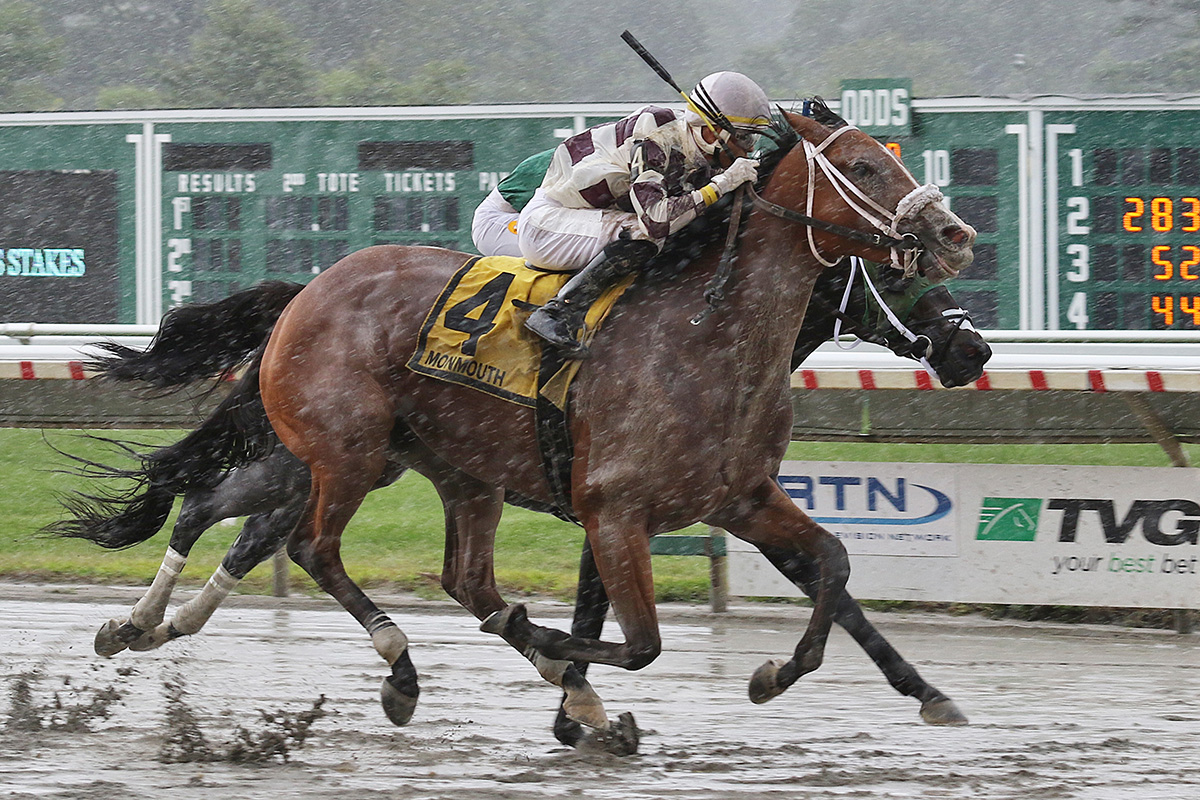 Crimson Frost, claimed three starts ago for $62,500, earned pack most of her purchase price by surging in the final 50 yards for a neck victory in the $75,000 Bodacious Tatas Stakes on Monday at Monmouth Park.

Trained by Michelle Nevin and ridden by Harry Hernandez, the 5-year-old mare collared Anne Dupree in the late stages of the mile and 70-yard race over a sloppy track. It was another three-quarters of a length back to the late-running Super Tigress.

“(Owner) Barry Ostrager has always really liked her. He’s been following her,” said Nevin. “He felt she’s the type of filly he likes. She wants to go a route of ground, she runs on any kind of track, so he took a shot and claimed her.

“The rain worked to our benefit today. She does like the off track. She was doing really well. That’s why I wanted to give her another shot in a stakes race. Harry Hernandez did an excellent job riding her.”

The victory was Crimson Frost’s first since Dec. 7, 2018 at Aqueduct. She had failed to hit the board in two previous starts for Nevin, the most recent being in stakes company at Laurel on July 14.

It also marked the first stakes win at the Monmouth Park meet for Hernandez.

“I watched a couple of this horse’s races so I knew she would be good in the slop,” Hernandez said. “I saw her slop record was a good one. I saw the rain and said `we might have a shot here because I know she likes it.’ It’s an amazing feeling for me because this is my first stakes win at the Monmouth meet.”

Hernandez sat back early through a quick opening half mile in :46.50, finally urging Crimson Frost entering the final turn. He split horses in the turn and then set out after Anne Dupree, who had cleared the field and looked as if she was on her way to a victory.

Hernandez roused his mare just enough before the wire to surge past Anne Dupree.