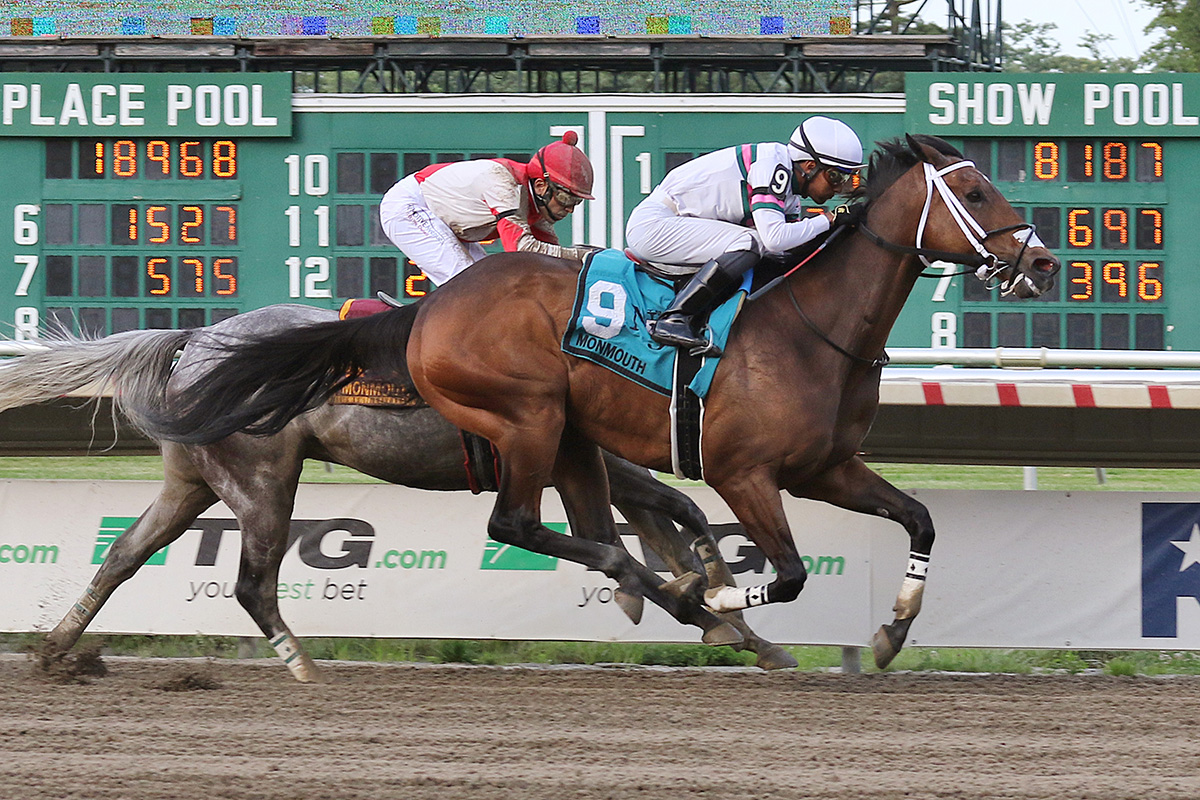 Chublicious appears determined to make the most of his final year of racing.

The gritty 10-year-old reminded those watching of his affinity for Monmouth Park, holding on for a neck victory in Friday night’s $62,500 allowance optional claimer for Jersey-breds. The gelded son of Hey Chub now has 10 wins, five seconds and a third from 17 career starts at Monmouth.

His latest victory, in which he outlasted 11 rivals, was his 12th overall from 36 career starts.

Thoroughbreds are allowed to race in New Jersey through the age of 10.

“He’s still got it,” said Jose Camejo, the seventh different trainer that Chublicious has had during a career that began in 2014. “He’s still sound. He still trains good and he still loves to race.”

Chublicious, ridden by Isaac Castillo, held off Postinio’s Vow for the victory in the six-furlong feature. The winning time was 1:12.08.

Camejo said Chublicious, making his second start of the campaign, would continue to race as long as he stays sound and competitive. He will remain at Monmouth Park and will continue to face state-breds.

“I will not push him if I see he is losing it,” said Camejo. “But like I said, he’s still got it. He loves to race. And he loves Monmouth Park.”

Earlier on the six-race card, jockey Tomas Mejia notched his 100th career victory when he scored with Dance for the Gold for trainer Jorge Duarte in the first race.